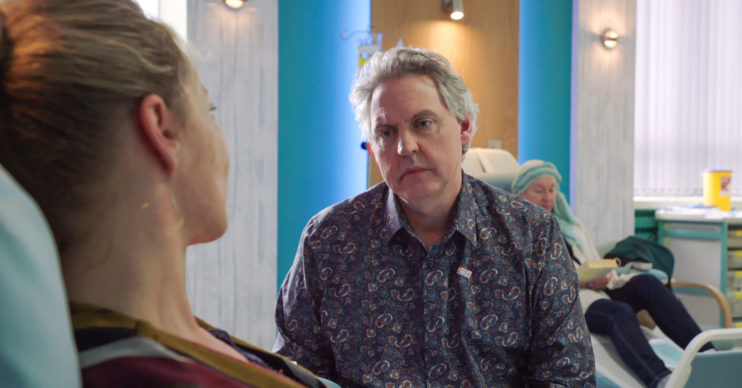 When will Holby City be back? BBC confirms return date of medical drama

The BBC has confirmed the return date for medical drama Holby City.

Back in March, Holby, along with sister show Casualty and BBC soap EastEnders, stopped filming due to the coronavirus pandemic.

In mid-April, Holby went on a break and it looked like the show wouldn’t be returning for some time.

However, the BBC has recently confirmed that Holby will be back on screens Tuesday, June 2.

The news comes after TV productions were ‘given the green light’ to resume filming. The BBC also recently revealed EastEnders will start filming again at the end of June.

Holby City: What will happen next ?

In the next episode, viewers will see the aftermath of Xavier Duval’s death.

Other big storylines that will continue are Essie and Fletch’s cancer battles, the return of Guy Self and Jac and Kian’s upcoming romance.

There will also be a special appearance from John Barrowman in the coming months.

What happened in the last episode of Holby City?

Before the show went on a break, viewers saw the unexpected death of Zav.

For some weeks beforehand, Zav had been suspicious of his colleague Cameron’s sketchy behaviour, especially when it came to the death of Evan Crowhurst.

Zav had uncovered CCTV footage which placed Cameron in the room with patient Evan when he died.

Further evidence proved there was a gap between Evan’s heart stopping and attempts to resuscitate him, meaning the junior doctor must have waited to call for help.

Zav confronted Cameron in the hospital’s basement before his hearing at work and told him he was taking the evidence to the police.

But as he left the hospital, Zav got into an accident with a cyclist. He fell backwards and hit his head on the curb. Meanwhile Cameron witnessed the accident, but instead of helping, he took the evidence and ran.

Later it was revealed Zav suffered a brain injury and sadly died.

Holby City normally airs on Tuesdays at 8pm on BBC One. The show will return June 2.

Are you excited for Holby City’s return to screens? Leave us a comment on our Facebook page @EntertainmentDailyFix and let us know what you think!