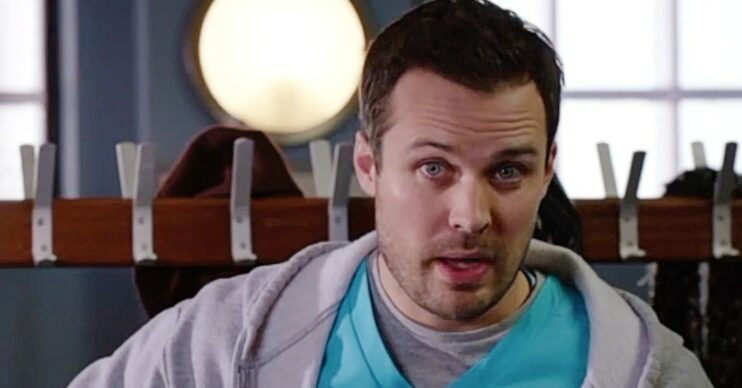 Holby City is gearing up for its final ever Christmas episode this year (2021) and according to reports, one character from the past is making a return.

The long-running hospital drama was axed by the BBC earlier in the year, much to the surprise and sadness of fans.

However, things are set to be spiced up by someone who hasn’t been seen since 2018.

Holby City: Could Ollie really be coming back?

According to Metro, Oliver Valentine (played by James Anderson) is coming back for the episode.

Oliver was last seen three years ago when he was shot in the head by Henrik’s son Fredrik.

And although this incident would end the life of many, Henrik and Roxanna cared for him and the brain-damaged doc made a full recovery.

The newspaper showed a BBC designer’s Instagram feed, where a now-deleted post featured James and Guy Henry (who plays Henrik) smiling to the camera.

“It’s been a long journey. And the last for James.”

What this cryptic image means is yet to be confirmed.

Did the designer suggest that James will be returning for more than one episode, or just the Christmas special?

One thing’s for sure though – the return of Ollie could spell fireworks.

During his nine-year stint in the show, he had romances with Chrissie Williams, Daisha Anderson, Jac Naylor and Frieda Petrenko.

And his medical practitioner skills were called into question more than once. In fact, one critic said: “A doctor with the blue eyes of Fonda but the medical competence of fondue.”

We’re very sorry to bring you the sad news that Holby City will come to an end in March next year, after 23 amazing years. We are so very grateful to all of Holby’s wonderful cast, crew, writers, producers – and to our millions of loyal viewers and fans for being part of our show

Why was Holby City axed?

The news of Ollie’s unconfirmed return comes amid a wind-down of a show that has been on air for over 20 years.

This sad news was confirmed by the show’s Twitter feed.

“We’re very sorry to bring you the sad news that Holby City will come to an end in March next year, after 23 amazing years.

It continued: “We are so very grateful to all of Holby’s wonderful cast, crew, writers, producers – and to our millions of loyal viewers and fans for being part of our show.”

Fans were aghast at the decision, with one replying: “I literally can’t believe this is happening! I love Holby City.”