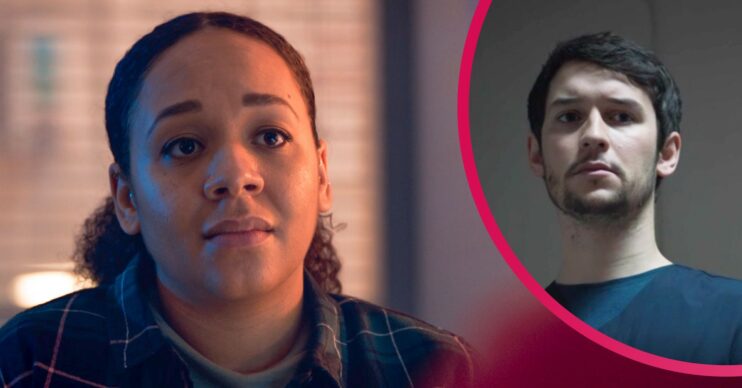 Holby City: Nicky McKendrick returns – but will she be back again?

Nicky returned to screens in a quick appearance

Nicky McKendrick briefly returned to Holby City in tonight’s episode (Tuesday, December 14), but will she be back on-screen again?

Toward the end of tonight’s episode, Ollie had a video call with Zosia March, but that wasn’t the only surprise return.

As Ollie walked away from Holby, he walked past Nicky McKendrick pushing a pram. The two said Merry Christmas to each other.

Although Nicky’s return was brief, it leaves us wondering if she will be back?

Who is Nicky in Holby City?

Nicky first appeared in December 2017 and made her last appearance earlier this year in March.

She is played by actress Belinda Owusu, who is also well-known for playing Libby Fox in BBC soap EastEnders.

Nicky was a CT2 doctor training in cardiothoracic surgery.

Last year, Nicky fell pregnant with her colleague Cameron Dunn’s baby. However viewers know he was a murderer and had been killing patients.

After the truth about Cameron’s crimes came to light and he was arrested, pregnant Nicky decided to have a termination.

However after being supported by colleagues and friends Louis and Chloe, she made the decision to keep her baby.

Cameron returned to Holby in September for a trial, however he escaped and set a bomb off in the hospital.

He ended up trapped with his mum Bernie in the hospital, but met his end when the roof collapsed and killed him.

Why did Nicky leave Holby City?

Nicky made the decision after Cameron’s crimes came to light, however actress Belinda announced she was pregnant in real life.

Read more: The One Show viewers call for changes after ‘unwatchable’ episode

The actress announced she had given birth on Instagram stories. She has not publicly revealed further details about her baby including the name she chose.

Is Nicky returning to Holby City?

It has not been confirmed if Nicky is returning or if her appearance was just a one-off.

However as she was walking towards Holby City, it looks like she could be ready to return to work. Or maybe she was just popping by to visit her old friends.

We will have to wait and see!