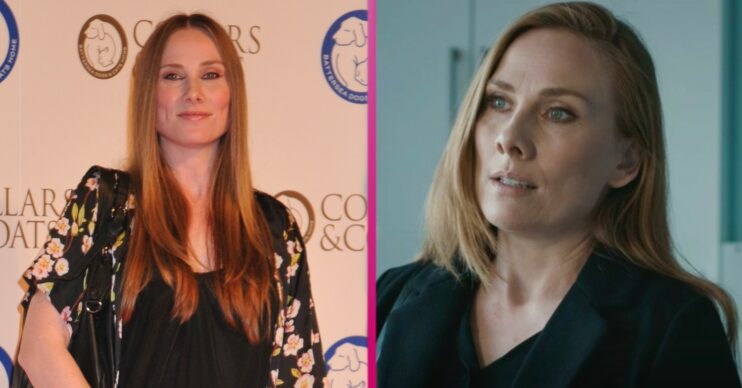 Holby City viewers were shocked when Jac Naylor returned to the hospital as the new Director of Improvement.

Earlier this year, Holby fans were devastated when it was announced Rosie Marcel, who had played Jac for 16 years, would be leaving the BBC medical drama.

In her final episode in February, Jac and her colleagues and patients were held hostage by a gunman.

She ended up surviving. However she found out her boyfriend at the time Kian was using drugs again and decided to leave the hospital.

However in last night’s episode (Tuesday, July 27 2021) Jac returned to hospital and she wasn’t alone.

Jac admitted to Henrik that she couldn’t resist the chance to change things that were wrong at the hospital and fans were left crying tears of happiness at her return.

According to Digital Spy, Jac’s return is a permanent one.

Why did Rosie Marcel leave?

Earlier this year, Rosie explained she wanted to take time off from the show.

Speaking to Digital Spy she said: “I’m sad obviously – I love the show and I’ve been there a really long time.

“But it got to a stage where I was just so tired and I really needed that break, to the point where I’ve not really done anything else and I don’t want to – I want to take time off.”

“Homeschooling is obviously very difficult for everyone at the moment and I’m very grateful that I can be here and do it.”

She also added that she wanted to spend time with her husband and daughter.

Meanwhile in June it was announced that in March 2022, Holby City will be coming to an end.

Holby City continues next Tuesday on BBC One.