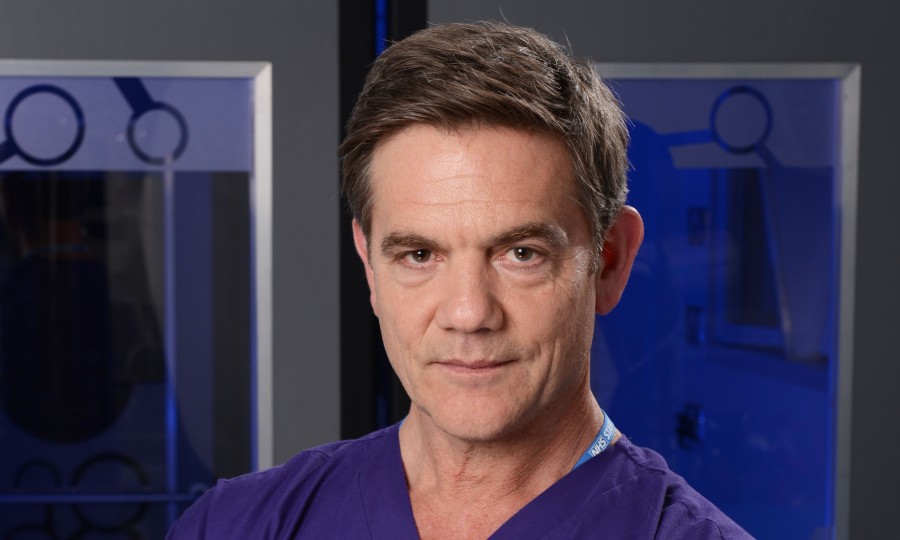 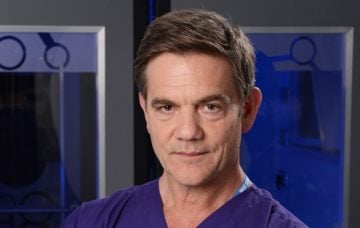 The consultant neurosurgeon was last seen in 2018

John Michie will be returning to Holby City in the coming weeks as popular medic Guy Self, the BBC has confirmed.

The consultant neurosurgeon left in 2017, but made a surprise comeback for one episode in 2018 to save Jac Naylor’s life.

Now, the BBC medical drama has revealed Guy will be back on the wards within weeks.

Guy Self is such a dangerous, egotistical character who’s constantly fighting his personal demons.

Guy will be shaking things up upon his arrival back at the hospital, as it becomes clear that he’s hiding a nig secret…

Acting shiftier than usual, he soon gets under the skin of colleague Ric Griffin.

In quotes printed on Digital Spy, John said: “It’s always exciting to come back to Holby City and play Guy Self because he’s such a dangerous, egotistical character who’s constantly fighting his personal demons whilst always knowing that he’s a brilliant surgeon.”

Simon Harper, executive producer of Holby City and Casualty, said: “What a pleasure it is to welcome back the wonderful Mr Michie as the oily Guy Self, Holby’s very own neurological Lord of Misrule, who is always guaranteed to sow trouble and strife.

“That said, he does on this occasion appear to be a reformed character, if you can believe that – we’ll have to wait and see! Ric is certainly less than pleased to see him, and it’s safe to say that things get decidedly rocky on AAU.”

Both characters are diagnosed with cancer, when Essie’s cancer returns and Fletch reveals his own battle with the disease.

Excluding his heroic efforts in one episode two years ago, this will be the first time John Michie has returned more permanently to the medical drama since the tragic death of his daughter in 2017.

Louella was found dead in the woods at the Dorset Bestival festival in the early hours of September 11.

Ceon was convicted of manslaughter and of supplying a Class A drug to 25-year-old Louella and sentenced to eight and a half years in prison.

In a victim impact statement read out by the actor, John said: “I wake up every morning to face life starting again without Louella, our daughter, our sister, our friend, our family now broken.”

Holby City airs on Tuesday evenings at 8pm on BBC One.

Are you excited to see John Michie return as Guy Self return? Leave us a comment on our Facebook page @EntertainmentDailyFix and let us know what you think!