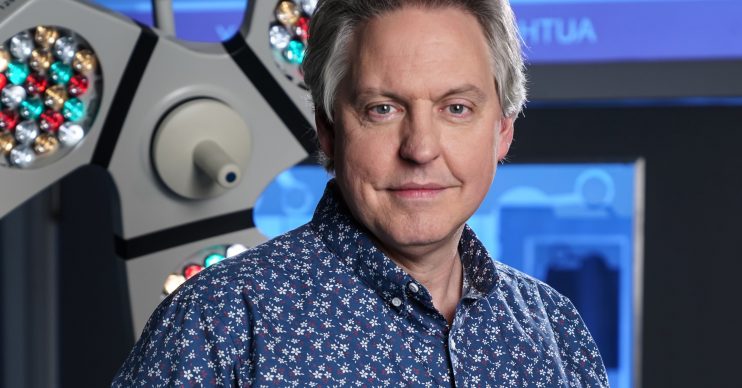 Holby City and Casualty have donated their medical equipment to the NHS during the coronavirus pandemic.

Currently the BBC medical drama sister shows have stopped filming in order to protect their cast and crew.

In order to help the NHS at this difficult time, both shows donated equipment. Part of their donation included Personal Protective Equipment (PPE).

He told the host: “It’s an amazing idea, it really is. And you know obviously both shows thought ‘what can we do to help’ as soon as the virus started and they gave as much as they could.

“They’ve obviously given PPE, they’ve given equipment and everything they can that’s useful and is helpful so yes it’s been amazing.”

Bob added: “Whatever we can, whatever we can to help. I mean that’s it, it’s amazing what’s happening when you see just how many people are helping and what people are doing to get us through this.

“You know we do our little bit just to do as much as we can to support the NHS.

“The show is a massive support to the NHS. We try to show the heroism of the people who work and that’s what the whole nation is seeing at the moment and it’s just, it’s incredibly important really.”

How well equipped is the set of Holby City and Casualty?

During the interview, Bob praised the NHS staff. He also revealed he was keeping in touch with the NHS staff who he works with on a daily basis at Holby.

Later in the interview, Dr Hilary revealed he visited previously the set of Casualty and revealed that they are better equipped than some general hospitals.

He said: “It’s really interesting. Actually saying to Bob because in the past I visited the set of Casualty down in Bristol.

“There’s another facility in Stains I visited and like three or four wards which are actually better equipped in some ways than some of the old general district hospitals. They’ve got beds, they’ve got ventilators, they’ve got all sorts.”

Did you see Bob on GMB?

Holby City airs Tuesday nights at 8pm on BBC One.

Have you been watching Holby City? Leave us a comment on our Facebook page @EntertainmentDailyFix and let us know what you think!