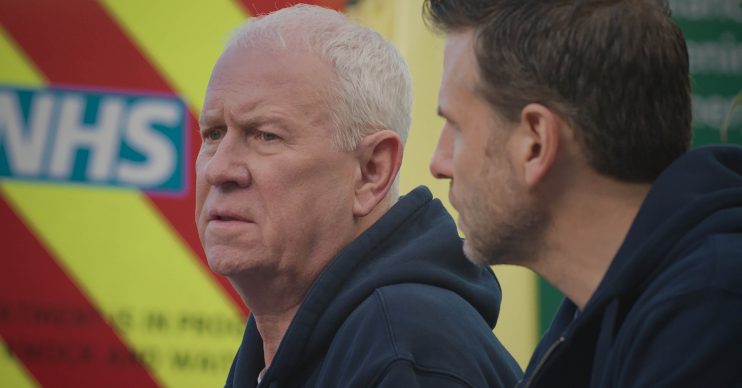 Charlie has been struggling since Duffy's death

Sister shows Holby City and Casualty are set for another crossover episode as Fletch and Charlie Fairhead lock horns.

Popular Holby character Fletch will be popping up in the next episode of Casualty as he’s asked to advise on Charlie’s mental wellbeing.

Charlie, who is a nursing manager at the hospital, recently returned to work just weeks after his wife Duffy died.

Since losing Duffy he’s not been himself and is reluctant to carry out his duties.

Although Fletch promises Jacob that he will give Charlie the support he requires to cope with the loss of his wife, the meeting will have bad consequences when Charlie realises a member of his team reported him.

When Fletch accidentally let slip that someone has complained, Charlie believes he’s being used as a scapegoat for department mistakes due to being an understaffed and overworked department.

Furious about his discussion with Fletch, Charlie storms out into the reception and singles out Jade.

He soon lets out his anger at a confused Jade, throwing hurtful insults at her.

Unable to let Jade take the backlash for his actions, Jacob steps in and reveals the truth to Charlie. But how will he react?

This isn’t the first time the sister shows, which are set in the same hospital, have crossed over.

Back in January, Casualty nurse Marty Kirkby made an appearance as he tried to help his cousin Kian Madani.

Do you enjoy Holby and Casualty crossovers?

Are you looking forward to see Fletch pop up in Casualty? Leave us a comment on our Facebook page @EntertainmentDailyFix and let us know what you think