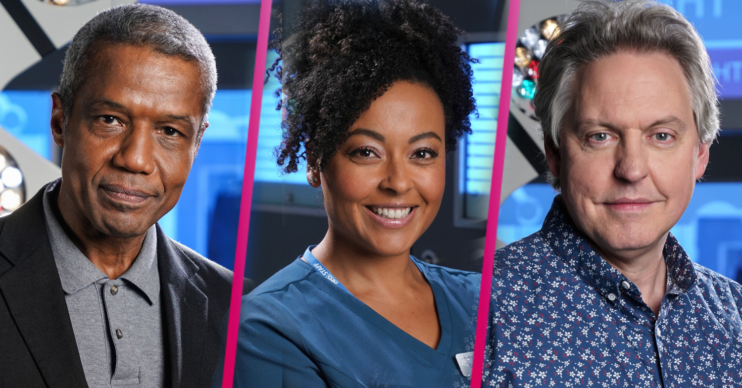 Over 2,000 fans have already signed

Now Holby City has been cancelled, shocked and devastated fans have set up an online petition to plead with the BBC to bring it back.

Fans were left reeling when the corporation announced that the long-running medical drama would end in 2022 after 23 years.

But fans have taken action and more than 2,000 people have already signed.

What did the petition say after the Holby City was cancelled?

After BBC One announced that it was to scrap the show, a page sprung up online.

It said: “Holby City has millions of weekly viewers, and has won hundreds of awards.

“It is also one of the most diverse dramas on the BBC – bringing stories of real people across society, from all backgrounds and experiences.

“The combination of -permanent characters and single episode characters offers a huge range of storylines, highlighting important issues and experiences in medicine and society.

“The show has raised awareness about so many issues of value to the public – whether that’s mental health, bereavement, exploring faith or sexuality.”

The page also made the connection between the NHS and the pandemic.

It said that the show helped to raise awareness on a number of issues.

“The pandemic has shown how highly the public value the NHS, and Holby City is an important representation of the work that the NHS does…

“… and the issues the NHS and its staff and patients face,” the petition said.

“Sign this petition to urge the BBC not to scrap Holby City.”

At the time of writing, the petition had attracted over 2,000 signatures.

We’re very sorry to bring you the sad news that Holby City will come to an end in March next year, after 23 amazing years. We are so very grateful to all of Holby’s wonderful cast, crew, writers, producers – and to our millions of loyal viewers and fans for being part of our show

How did Holby City break the sad news?

The petition comes in the wake of the shock announcement, which was made this morning.

In a statement, the show told fans on social media: “We’re very sorry to bring you the sad news that Holby City will come to an end in March next year, after 23 amazing years.

“We are so very grateful to all of Holby’s wonderful cast, crew, writers and producers – and to our millions of loyal viewers and fans for being part of our show.

“This tough decision reflects the BBC’s commitment to make more programmes across the UK and to better reflect, represent and serve all parts of the country.”

Furthermore, the statement said: “Holby will remain on air on Tuesdays until next March…

“… and we will continue to bring you a regular dose of all things Holby right here until then.

“We promise that Holby will get the send-off it deserves.

“Thank you for your continued support and love for the series.”