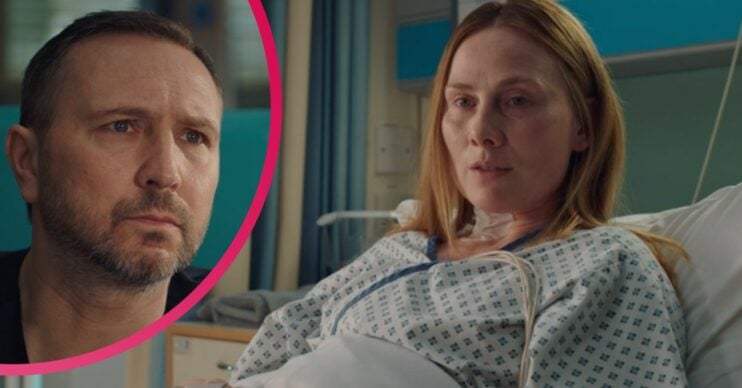 Are they right to lash out?

Devoted Holby buffs linked the series being axed to the new challenge series airing in a similar slot.

Furthermore, disgruntled social media users slammed Freeze the Fear as “crap”, “pointless” and “nonsense” as they watched along.

Holby City ended for good two weeks ago after the drama aired for 23 years on the BBC.

Fans had previously fumed at Masterchef being announced for the same place in the schedule.

When the Holby cancellation announcement was made in June 2021, it was implied the BBC remained ‘committed’ to producing diverse programming.

A tweeted statement read: “This tough decision reflects the BBC’s commitment to make more programmes across the UK and to better reflect, represent and serve all parts of the country.”

Those blasting Freeze the Fear were frequently profane with their comments, such was their anger.

“#FreezeTheFear They cancelled #Holby for [blank] like this? Unbelievable,” tweeted one incredulous fan.

They cancelled Holby for this?

A second Twitter user hit out: “To think Holby City was axed to make pointless [blank] like this #FreezeTheFear.”

“Can’t believe #BBC have taken off programmes like Holby and put on crap about people jumping in cold water #FreezeTheFear,” they wrote.

Additionally, the same person continued: “And why on earth are Holly Willoughby and Lee Mack there?”

Furthermore, someone else raged: “#FreezeTheFear @BBCOne cull #Holby for this total [blank] nonsense.”

Away from upset Holby City fans, many other viewers made the same joke about Freeze the Fear.

They linked celebrities taking the plunge into freezing water to cutting back because of the cost of living crisis.

“Look how wonderful it is to be cold!” one person tweeted sarcastically.

“Is this a Government-sponsored information show to get us to turn that central heating off?”

Freeze the Fear with Wim Hof next airs on BBC One on Tuesday April 19 at 9pm.