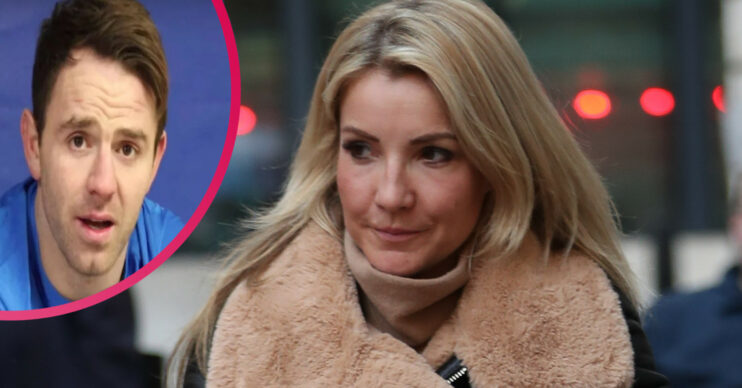 Helen Skelton: How is she famous and what happened with husband Richie Myler?

The couple have three young children together

Helen Skelton made her name as a TV presenter but recently she’s been more famous for her split from her husband.

Back on the box tonight (May 8), Helen fronts Channel 4’s Inside the Superbrands.

The show takes us on an inside journey into how our favourite products are made. But how much do you know about the presenter?

As a long-time co-host of Countryfile, Helen Skelton has been a staple on our screens for years and has tried her hand at everything from children’s TV to boxing.

But she’s just as famous for her glamorous personal life and regularly shares fabulous updates with her 290,000 Instagram followers.

How old is Helen Skelton?

The presenter was born in July 1983 and is currently 38 years old.

The daughter of a dairy farmer, Helen was born in Kirby Thore, a small village in Cumbria.

She’s got one brother, Gavin, who’s a former professional footballer. He now coaches at Carlisle United.

Skelton is a country girl at heart and told the Countryfile website that her city friends just don’t get rural living.

“It’s difficult for my city friends to appreciate what life is like in farming. It’s a different culture.

“I think a lot of people see the bad weather, being outside and dirty fingernails as a hardship, but I know plenty of folks that would rather shovel cow muck than have to get on the Tube every day,” she admitted.

Thanks to a successful career in journalism and her presenting gigs, among other things, Skelton’s finances are definitely healthy.

And that’s because she’s reported to be worth about £4.7 million.

Who is Helen Skelton married to?

Helen married rugby player Richie Myler in 2013. He currently plays for Leeds Rhinos and is an England international.

He’s also played for Widnes and Warrington and had a spell at a Superleague club in France, the Catalan Dragons.

The pair met in 2011 and tied the knot two years later in Cumbria.

The ceremony took place at St Michael’s Church in Penrith and the venue held a special meaning for Skelton.

Her entire family was christened in the church and her grandmother was once the organist for the place of worship.

The couple were married for nine years, and Helen once told the Northern Echo “Marriages and relationships are not all plain sailing, but we approach it like teamwork.”

Over the course of their marriage, the pair became parents three times over.

The presenter gave birth to her daughter, Elsie Kate, in December 2021.

On hearing the news there might be another girl in her house, Helen told the Express: “I don’t know what I’d do with a daughter.

“I think where I’ve been surrounded by boys, I don’t really know.”

Before Richie, Helen’s only notable boyfriend was Scottish footballer David Graham, who she confirmed her romance with in 2008.

Last month, on April 23, Helen re-shared a post about the strains and joys of motherhood, hours before some shocking news.

It said: “A mama is always full of emotions, full of love, full of anxiety and worries, full of exhaustion and lack of energy, full of mum guilt and doubt, full of pride in her kids, full of pure joy.

“She feels it all, that’s the beauty of her, she carries it all too, and yet she gets up every day and does it all over again.”

Skelton and Myler’s relationship, though, changed massively not long after that post.

As she announced on Instagram last week, Skelton and Myler have officially split.

In a Stories post, the Inside The Superbrands presenter also confirmed that Myler had moved out.

She wrote: “Very sad to say that Richie and I are no longer a couple. He has left the family home.

“We will be doing our best to co-parent our small children.”

What happened with Helen Skelton and her husband?

According to a Daily Mail source, no one is really sure. Skelton, though, is said to be devastated by the split.

The couple were last seen together on social media in a post dated February 13 this year. Skelton shared an image of the pair hugging in their kitchen, pre-Valentine’s Day.

She captioned the post: “That time I bumped into you in the kitchen for 10 minutes.” And she followed it with the hashtags #valentines and #grateful.

The source went on: “[Helen and Richie] are still married and their baby is literally four months old. She thought their marriage was safe and secure and is totally shocked by what’s happened.”

The Sun reported an insider as saying: “Helen has known something hasn’t been right in the marriage for a while now.

“She was absolutely dumbstruck when it finally ended. The split has been incredibly tough on Helen.

“She is being supported by her family and friends who are all rallying around her. Everyone is in a state of shock at their break up.”

Oh yes. Despite everything, Skelton filmed an ad for smart meters about a week after the split. And was not wearing her wedding ring.

That said, she did skip an episode of Countryfile, but who can blame her?

What else has Helen Skelton been in?

After studying journalism at the Cumbria Institute of Arts, Helen went into local radio. But she also went into acting, with extras roles in Coronation Street and Cutting It.

She soon made the move to TV though, first presenting Newsround and then a gruelling five-year stint on Blue Peter.

While earning her badge, she ended up with a kidney infection after a particularly tough challenge.

Skelton told the Daily Mail: “It happened after I did a 30-mile trek with the Marines for Blue Peter. I was in bed for days.”

Clearly needing a rest, Skelton has since presented Countryfile and the On The Farm series, as well as The Instant Gardener.

And when Lorraine needed a guest host, Skelton was asked twice.

Skelton recently become the face of Channel 4’s new live rugby specials and she scored an impressive 37 points during the 2012 Strictly Christmas special.

Was Helen Skelton an athlete?

Despite her impressive physical feats for Blue Peter, she was never a trained athlete.

She does, though, hold two world records.

The presenter kayaked 2,010 miles down the Amazon river in just 39 days for Sport Relief in 2010.

That feat saw her simultaneously nab the records for longest solo kayak journey by a woman and longest distance travelled in 24 hours.

Talking about that trip, the presenter told the Northern Star that she’d been told not to do it: “I hadn’t been in a kayak since a school trip.

“The only reason the BBC agreed to it was because so many people were saying we couldn’t or shouldn’t.

“That challenge was about more than physical ability. People told me not to attempt it, but I was determined to give it everything.”

Skelton is also the first woman to reach the south pole by bicycle. No, you read that right.

And believe it or not, she’s trained tap dance teacher, and would most likely have been a teacher had the whole presenting thing not worked out.

Helen won a decisive, some might say terrifying, victory over Camilla Thurlow from Love Island.

Don’t mess with her, is what we’re saying.

Inside The Superbrands is on Channel 4, Sundays at 8pm.