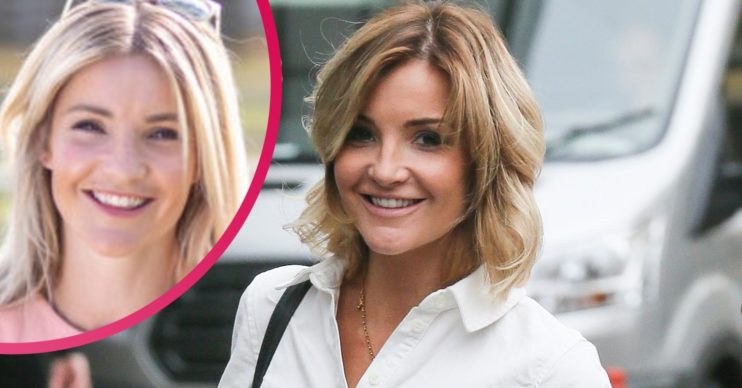 Some thought it wasn't at all suitable

Helen Skelton had Channel 5 viewers scratching their heads last night with her choice of outfit on This Week at the Farm.

The documentary series continued on Tuesday (July 21) evening, and some of those watching at home were distracted by the presenter’s trousers and footwear.

What did Helen Skelton wear on This Week at the Farm?

Helen looked casually glam in a pink striped crop top and a pair of bright white high-waisted trousers, rounding it off with a pair of open-toe sandals.

But a number of viewers said they thought it wasn’t at all suitable for wearing on a farm.

On Twitter, one said alongside a laughing face emoji: “Helen wearing white at a farm #ThisWeekOnTheFarm.”

Another viewer wrote, with a confused emoji: “White trousers and sandals on a farm #thisweekonthefarm.”

Who wears white trousers to go to a farm?

A third asked: “Helen Skelton on #thisweekonthefarm in white trousers, like really?”

Someone else put: “Open-toe sandals?”

“Who wears white trousers to go to a farm?” demanded a fifth.

Who wears white trousers to go to a farm #thisweekonthefarm

Helen has previously spoken about the outfits she wore while presenting for the BBC – and admitted she finds it “hilarious” that they won her an army of admirers.

Helen presented at the 2016 Olympics and the 2017 National Swimming Championships for the BBC.

‘Because of the shorts’

Her revealing outfits – ranging from low-cut dresses to teaming a white peephole shirt with white shorts – garnered some attention.

In a chat with the Mail on Sunday last year, Helen said she thought it was funny people still remembered her smouldering looks.

She told the publication: “I just find it so hilarious that after all this time, everyone’s still talking about it.”

She also jokingly hinted that her outfits might have cost her some presenting roles, as she continued: “Now the story’s evolved into something else. Like if I don’t get a gig on sport it’s because of the shorts. I did Rio and then I did the Budapest World Swimming Championships in 2017 and I haven’t done anything else since. So…”

When asked if she had been fired because of her attire, Helen Skelton said: “I don’t know. Wouldn’t that be amazing? They just said to me they’ve got a responsibility to bring on new talent.”

What did you think of Helen’s gear on This Week on the Farm? eave us a comment on our Facebook page @EntertainmentDailyFix and let us know.