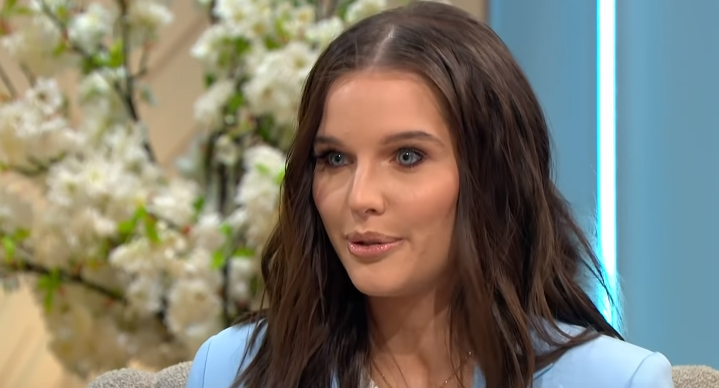 She only left Weatherfield last year

The actress, 28, revealed earlier today (May 8) that she wants to come back to the cobbles but might struggle now she’s a mum to two young children.

Speaking on Lorraine, Helen said she missed working on the soap, telling the host: “I miss Coronation Street so much and I’m definitely going to go back.”

She joined the cast in 2000 as Rosie Webster and played the character until last year, when she left to give birth to her second child, Delilah.

Helen and her fiance Scott Sinclair also have a four-year-old girl called Matilda.

“It’s just working [the Corrie job] around my days,” she told Lorraine. “Matilda’s at that age when she’s four and she needs to be taken to all of her lessons and what have you.

“And obviously me living in Scotland. It’s a four-hour drive and Delilah’s nearly one. But I love it so much.”

Helen also talked about her former co-stars, admitting she misses Sally Dynevor, who plays Sally Metcalfe, and Sophie Webster actress Brooke Vincent, who is pregnant with her first child.

Helen’s comments follow a string of shock departures among the Coronation Street cast in recent months.

The actress, who plays Bethany Platt, said in a statement to fans on Twitter: “After the most incredible four years, I have made the extremely difficult decision to leave Coronation Street at the end of my contract in 2020.

She later denied it had anything to do with internal conflict and said she made the decision in August last year.

Corrie’s Kym Marsh, who also announced plans to quit in February, took to her OK! magazine column earlier this week to deny suggestions there were serious problems behind the scenes.

She wrote: “There’s no ‘crisis’. It’s just natural that a show like Corrie will have comings and goings – just like you would on any real-life street in the UK!”