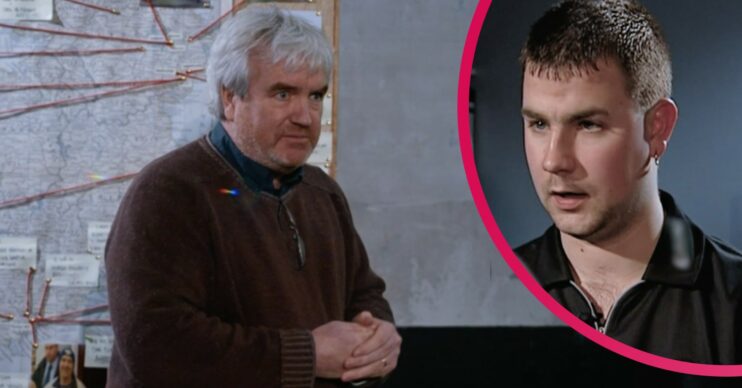 Heist: The Northern Bank Robbery on BBC Two: When was it, who did it and was it an inside job?

But when was it and were the perpetrators ever caught?

Who did it and was it an inside job?

Here’s everything you need to know about the crime and the documentary.

Northern Bank robbery – how much was stolen and when did it happen?

An armed gang seized a total of £26.5 million cash from the headquarters of Northern Bank on Donegall Square West in Belfast, Northern Ireland.

The Northern Bank robbery was one of the largest bank robberies in the history of the United Kingdom.

On 20 December 2004, just days before Christmas, the thieves took two hostages – families of two bank officials – for 24 hours to ensure their co-operation.

They then seized a total of £26.5 million, mostly in unused sterling banknotes.

The robbers made their getaway and no one was hurt.

During the trial, assistant bank manager Kevin McMullan described how the gang got away with the money.

He said: “It was easy to take £26.5 million outside to a van on the street, yes. We disguised it as rubbish.

“[You don’t need dynamite] you just need to take someone’s wife away from them.”

Kevin told the trial he was terrified of being found out while he was at work and the gang held his family hostage at home.

His wife was taken from the family house and held at an unknown location.

The masked men instructed the officials to report for work as normal at the bank’s headquarters before forcing them to steal the money.

Who did it and were they ever caught?

The Police Service of Northern Ireland (PSNI) claimed that the IRA – the Provisional Irish Republican Army – was responsible.

The Independent Monitoring Commission, the British government and the Prime Minister of the Republic of Ireland all agreed.

However, the IRA and Sinn Féin denied being involved.

In 2005, the police forces in Northern Ireland and the Republic of Ireland made arrests and carried out house searches.

Financial adviser Ted Cunningham was arrested after the sum of £2.3 million was impounded at his house.

He was later convicted of money laundering in 2009, as was his son.

Meanwhile, Phil Flynn was forced to resign as chairman of the Bank of Scotland (Ireland), because he was a director of one of Ted Cunningham’s companies.

Ted Cunningham subsequently had his conviction quashed in 2012 and was convicted at retrial in 2014.

To date, there have been 10 people arrested and three charged in connection with the robbery.

Was it an inside job?

Chris Ward, one of the bank officials threatened by the gang, was arrested in November 2005 and charged with robbery.

The prosecution then offered no evidence at trial and he was released.

The collapse of Chris Ward’s case means that no one has been convicted of one of UK’s biggest robberies.

He was cleared of any involvement in the theft of £26.5m from the headquarters of the Northern Bank in central Belfast.

The Northern Bank official maintained his innocence throughout the trial and denied prosecution accusations he was the armed gang’s “inside man”.

With the charges against Ward now dropped, no one has yet been brought to justice.

Two of Northern Ireland’s leading journalists, Darragh MacIntyre and Sam McBride, shed new light on one of the most notorious crimes in UK-Irish history.

The robbers held two families hostage for 24 hours, while two bank employees were forced to rob the bank.

During the Northern Bank robbery, 26.5m was stolen.

Sixteen years on, despite an international police investigation and heavily-rumoured IRA involvement, it remains unsolved.

With access to internal bank CCTV, police 999 calls, archive footage and court transcripts, Darragh and Sam piece together how the heist was carried out and explore various theories that surround it for BBC Two.

Through interviews with key players, they uncover what happened to the main suspects in the cross-border police investigation.

They ask whether the robbery, inadvertently, helped the peace process.

Heist: The Northern Bank Robbery airs on Monday July 05 2021 at 9.30pm on BBC Two. It is also available to watch on iPlayer.