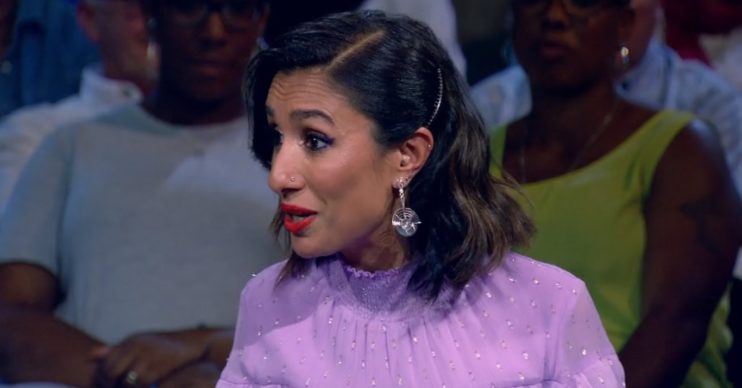 Britain’s Best Parent? got controversial in the final as parents rowed over whether or not to smack their kids.

The controversial topic came to the fore as the contestants battled it out to be crowned winner.

Becky and Ben took issue with the disciplinarian approach of another couple.

Read more: Britain’s Best Parent: Mum and dad who admit to smacking their kids through to final

Nicky and David believe in firm boundaries, with their children told they must eat everything they are given and stick to strict routines.

But when it was their turn to parent all four sets of children, Becky and Ben were not impressed.

The couple have a strike system to keep their kids in line.

After those strikes are issued, the child may receive a smack, have to sit on the stairs or have an object of theirs taken away, depending on the age of the child.

Ben and Becky criticised the couple for “motivating through negativity” rather than positivity.

Nicky said smacking was reserved for serious problems and insisted that they never smacked in anger.

“It’s always done in a controlled manner,” she added.

One of the children, Flo, received two strikes during the exercise.

Her parents thought it was justified – but Becky was unconvinced.

“She was knackered, she needed a cuddle!” she implored.

David explained that Flo would probably have been made to sit on the stairs if she had got three strikes.

“If it was someone Helena’s age, she loves her phone, so we would probably take her phone away as that is what is going to hurt her a little bit,” he said.

But Becky picked him up on his language.

“Your language was really interesting.

“You said I’m going to take her phone away because that’s what’s going to hurt her. So it seems that the discipline is less about making her fulfilled and more about hurting her.”

And it didn’t stop there.

Becky asked the couple what they thought the difference was between discipline and punishment.

“The strike system seems to me that it’s about punishment and obedience, and not the kind of discipline that motivates,” she said.

“No!”, said husband Ben, finishing her sentence for her.

Robin, who said he believes in a balanced style of parenting based on Eastern philosophy, said: “It all depends on context.”

“It’s a tool,” he said. “It’s something that is available to us.” He added that the couple would have a conversation with their children after they were smacked.

“They will be told that we love them, and then they get a nice hug. So they’ll feel good afterwards.”

“That’s actually gaslit me a bit because as an adult, if you’re in a relationship with someone that loves you and you do something that that person doesn’t like and then they hit you.

“But then afterwards they say, ‘The reason I hit you was because I didn’t like your behaviour but now I love you and hug you again.'”

Nicky was visibly furious at the way her parenting style had been compared to an abusive relationship.

“I’m actually quite offended by that. You’re twisting what we are saying and you’ve taken it way out of context.”

She accused the couple of “twisting my words.”

Firstly, Becky apologised, and said: “I haven’t meant to accuse you of anything.”

Then Anita said the reason everyone felt so passionately about the topic was because they were talking about their children. Phew!

What do you think? Are discipline and boundaries important, or is smacking a no-no? Go to our Facebook page @EntertainmentDailyfix and leave a comment to let us know.