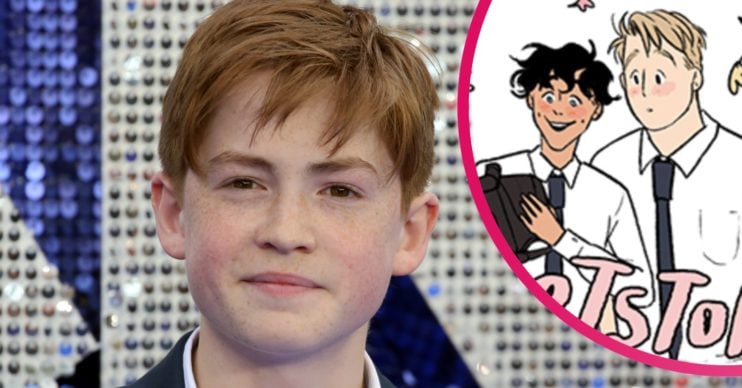 Heartstopper on Netflix: Trailer, release date, cast, plot and all we know so far…

Heartstopper is an upcoming series heading to Netflix.

A British commission, it promises to be an innovative LGBTQ+ drama.

So when is it out? Who is in it? And what is it based on?

We answer all these questions and more about Heartstopper on Netflix below….

What is Heartstopper on Netflix about?

Heartstopper is a romantic drama about two boys who fall in love at school.

It is based on the graphic novel by Alice Oseman, who first gained recognition for her work on Tumblr.

Once the pair are forced to sit next to one another in class, both of their lives change forever.

Charlie is openly gay, and has feelings for Nick immediately.

However, he assumes he has zero chance with Nick, and is also unsure what his sexuality is.

As a romance eventually blossoms, the pair explore young love, mental health and coming out to their families.

Ultimately Netflix is billing this series as about embracing our authentic selves.

It will be eight episodes long and is being produced by See-Saw Films.

Kit Connor will play Nick. You may remember him as a young Elton John in the hit movie Rocketman.

Whereas he also played Pantalaimon in His Dark Materials as well as starred in various other television series.

Charlie is set to be played by Joe Locke, who is a newcomer to the acting world.

This up and coming star earned the role after auditioning among some 10,000 others.

Alice Oseman said of their casting: “Nick and Charlie have existed as characters for almost a decade, and are two of my most beloved characters, so I was slightly apprehensive about the casting search, but I am so happy and excited that we’ve cast Kit and Joe.

“They’re both so talented, sweet, funny, and smart, and so perfect. It has been such fun getting to know them and welcoming them into the Heartstopper universe, and I can’t wait to see them bring the characters to life on screen.”

How can I watch the Heartstopper trailer?

There is no official Heartstopper trailer yet. However, we can confirm that the series has gone into production.

Look out on Netflix’ social channels for the trailer, which we expect will drop within months.

What is the Heartstopper UK release date?

But as the show is already in production, we expect the series will drop on Netflix at some point this autumn.

What has Netflix said about the show?

Alexi Wheeler, Director, Kids & Family Content, said he knew the show was something special as soon as it was pitched.

He told Deadline: “It was clear right away that Alice not only had created these brilliant and emotionally engaging characters, but the world they populated was relatable yet somehow aspirational.

“The whole thing is just so poignant and beautifully crafted. To tell a love story between two boys who meet at school involves such vision and creative focus, Alice has absolutely delivered this here.”