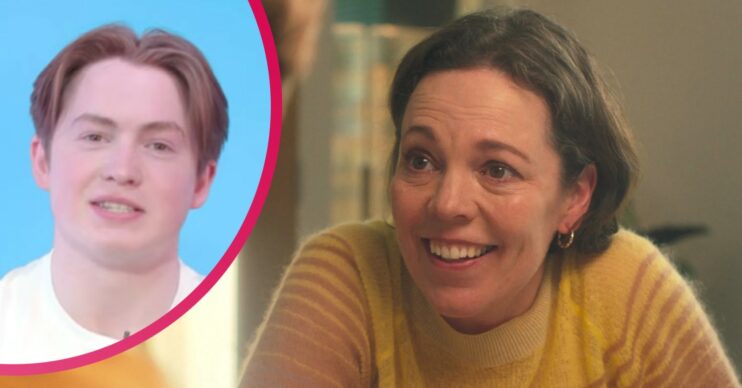 The Oscar-winning actress was blown away by the reaction

Heartstopper star Olivia Colman burst into tears when she discovered the reaction to her scenes in the show.

The actress plays Nick’s mum in the queer coming of age drama.

And one scene in particular that sees Nick coming out as bisexual to his mum has resonated with fans – and the actress.

Kit Connor revealed the sweet moment from a fan using the show to come out to their parents.

He told Hits Radio: “There was a person on Twitter tweeted that they used the video of my character coming out to his mum as a way to come out to their parents.

“That was one of the biggest pinch me moments. It’s exactly what we hoped would come from the show.

“And give people a safe space and a sense of comfort for themselves.”

Heartstopper co-star Joe Locke then shared the sweet moment that Olivia was told about the tweet.

He told Kit: “When we were at the BAFTAs we bumped into Olivia and told her about the tweet and she started crying.”

And it’s not the first time the show reduced the Oscar-winning actress to tears.

During filming the scene, she was reduced to sobs at the emotional impact of it.

Kit told This Morning: “We, normally before every scene, we read it through about 50 per cent, you don’t go 100 per cent of the way.

“We were reading it through and suddenly Olivia just started crying.”

He added: “At first, I was thinking, God, she’s just really good, I need to step it up my game massively here, so I was really worried at that point.

“I think then other people told me afterwards that it was because it’s such a beautifully written scene and a crucial part in so many people’s lives.

“I think it really touched her.”

Read more: OPINION: Heartstopper on Netflix is a victory for the older LGBTQ+ generation and should be framed as such

The series has an almost unprecedented 100 per cent certified fresh rating on reviews aggregator Rotten Tomatoes.

It is now one of the most critically-acclaimed shows in history.

However Netflix has yet to announce a second season.

Heartstopper is available to stream on Netflix now.

Would you like to see Hearstopper get a series 2? Leave us a comment on our Facebook page @EntertainmentDailyFix and let us know what you think of this story.