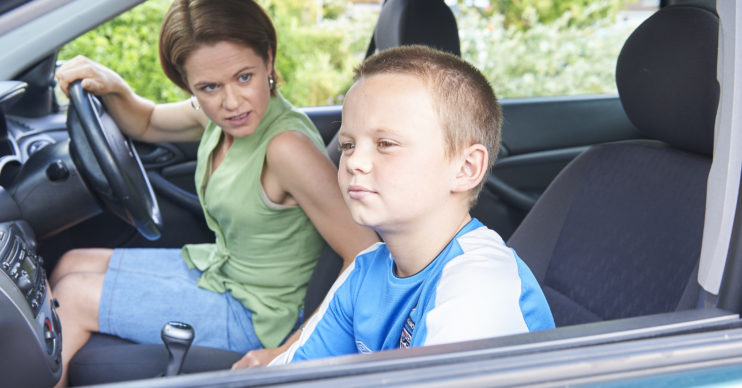 The series has been repeated this week on ITV

ITV repeated heart-wrenching Little Boy Blue this week and viewers are just as devastated the second time round.

The four-part drama tells the story of Rhys Jones. Rhys was an 11-year-old schoolboy who was tragically shot dead walking home from football practice in 2007.

Rhys had been caught up in the crossfire of a gang war and was not the intended victim.

Who starred in Little Boy Blue?

Sinead Keenan was Rhys’ heartbroken mother, Mel, and many fans called her performance “breathtaking” and “a masterpiece”.

Meanwhile, Stephen Graham played Detective Superintendent Dave Kelly, whose job it was to bring the teenager who killed Rhys to justice.

It was hard to find the evidence to convict Sean Mercer. However, eventually in 2008, he was found guilty and sentenced to a 22-year minimum life sentence.

As a result of his conviction, Mercer is currently 11 years into his sentence. However, he is currently attempting to get his time in prison reduced.

What happened in the final episode?

ITV first aired the drama in 2017 and they have shown it again this week, with the concluding part last night (Wednesday, May 27).

The final episode saw the court case of Mercer and his accomplices and the harrowing court scenes were certainly hard to take.

Viewers watching said it was no easier to witness the proceedings the second time around as Rhys’ killers laughed and said: “All this for some [bleep] kid.”

#littleboyblue Watched for the 2nd time,the feelings are stronger remembering how vile those criminals were and thoughts go to Rhys's family the pain will never go away 😪

Finished watching #littleboyblue for the 2nd time😢 the pain i felt watching it so i cant imagine what his mum, dad and brother felt💔 so so so sad😢 what a gorgeous boy #RhysJones RIP💙💙💙 not right what happened💔

Watched #littleboyblue for the second time. Incredibly powerful portrayal of such an horrific and senseless crime. Stephen Graham is immense.

Did Rhys’ parents approve the drama?

Rhys’ parents Mel and Steve wanted to honour their son by collaborating on the series.

Mel explained: “We saw this as an opportunity to let the public see what happens to a family like ours in a situation like this.

“We wanted to show how the pressures we were placed under, the huge weight of grief thrust upon us, the endless waiting, not knowing if we would get justice for Rhys, can tear a family apart.”

She added: “We spoke very openly to the programme makers about what we went through because we wanted to let Sean Mercer and the others involved in Rhys’s murder know that our sentence never ends.”

Did you watch Little Boy Blue? Visit our Facebook Page @EntertainmentDailyFix and let us know what you think of this story.