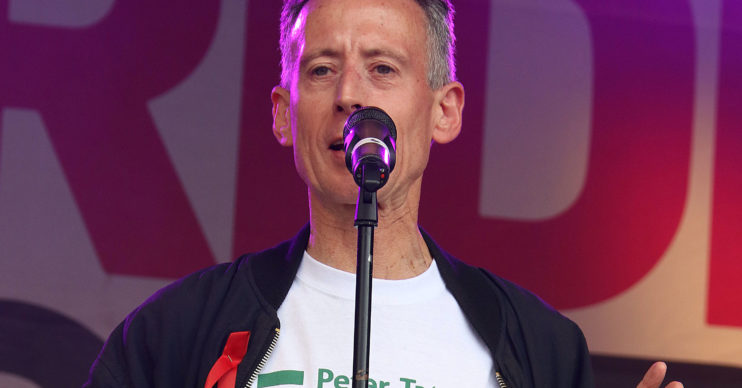 Hating Peter Tatchell: What you need to know about the LGBT activist ahead of Netflix documentary

The campaigner has made a fair few enemies over the years

Netflix’s new film Hating Peter Tatchell shines a light on one of the UK’s most prolific – and headline-grabbing – LGBT activists.

Sir Ian McKellen leads the interviews with Tatchell, reflecting on his 50-year career as a campaigner on all human rights.

The documentary also isn’t shy in exploring how his efforts split opinion.

Sir Elton John and David Furnish work as executive producers on the film, too.

Who is Peter Tatchell?

Arriving in London in 1971, Australian-born Tatchell already had a political background.

This included campaigns supporting Aboriginal people, and speaking out against the Vietnam War.

Tatchell is openly gay, and in London became a leading member of the Gay Liberation Front in the early 70s.

As part of his work with the group, he would be organising and taking part in sit-ins at restaurants refusing to serve gay people.

At the time, homosexuality was labelled a ‘medical illness’, and the campaigners continued to fight against it.

Tatchell was a founding organiser of Britain’s first Gay Pride march in 1972.

Following that, he continued to work for equal rights for all people, including the LGBT community.

However, he’s not always praised for his methods – grabbing headlines in his activism and dividing opinion throughout his campaigns.

As a result, his efforts earned him the title of ‘most hated man in Britain’ during the 80s.

In 1998, police arrested Tatchell for disrupting the Archbishop of Canterbury’s Easter sermon in protest of the church’s discrimination of LGBT people.

His fights have included decriminalising homosexuality and lowering the age of consent for gay people to match that of heterosexuals.

What does the film cover?

Hating Peter Tatchell is focusing on the campaigner’s story in his own words.

Sir Ian McKellen leads the interview with Tatchell, which explores his efforts for equality for all and what sparked his need to continually fight against prejudices in ruling governments.

As well as this, the team is also using archival footage to document his 50+ years of activism.

Finally, former Archbishop of Canterbury George Carey and actor Stephen Fry also appear with their comments and experiences with Tatchell.