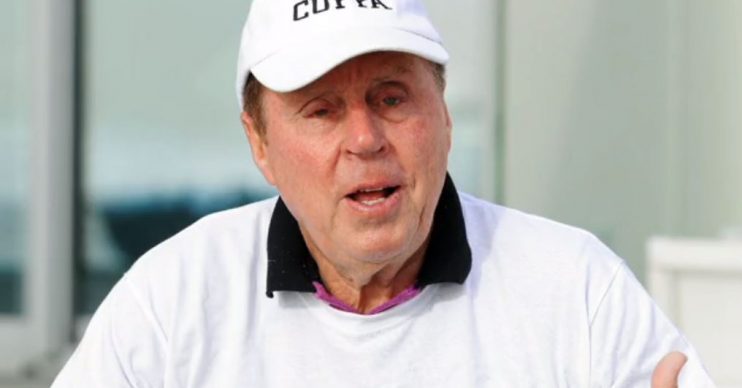 Harry Redknapp has hit back after a Channel 4 documentary showed him receiving a large sum of money to support a charity.

The latest Dispatches programme, Celebs For Sale: The Great Charity Scandal, filmed the football manager and I’m A Celebrity… Get Me Out Of Here! 2018 winner accepting thousands of pounds in exchange for his online support.

It showed the star’s reps asking for £15k for a post on Instagram and an additional £5k for photoshoot work.

But now Harry, 73, has slammed the documentary – which featured a fake charity – for making him feel “deceived and misled”.

As reported by Heart, his reps said: “As everyone knows, Harry does a massive amount of work for Charities big and small, and has done for many years, which he doesn’t charge for.

“He is disappointed that he was deceived into believing that private investors wanted to engage his services, and would not have accepted payment if he had been told this was being paid for by the charity in question.”

Harry is shocked and upset that he was misled in this way.

Speaking further, the spokesperson pointed out that Harry’s theatre tours raised more than £160k for charity in 2019 – and look set to do the same again this year.

They added: “Harry is shocked and upset that he was misled in this way and is donating the money he was paid to the charities he works with so that it can be put to good use.”

Reality star Caitlyn Jenner, 70, was also caught up in the sting, which aired on Channel 4 last night (Monday, March 9).

Reps for Caitlyn, who won the hearts of ITV viewers on last year’s series of I’m A Celebrity, blasted the “false, defamatory, and hurtful” claims that Caitlyn is not charitable.

They said: “In general terms, the allegations are false because Caitlyn is a strong believer in the spirit of charitable giving. She was taken advantage of and exploited by a secret camera crew pretending to be a charity – her only intention was to promote the ‘charity’.”