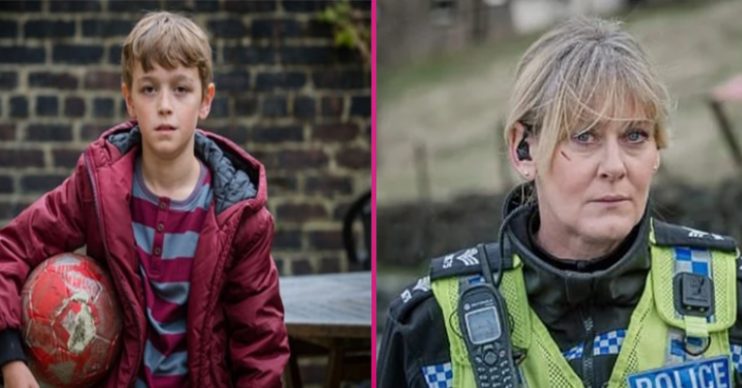 With so many repeats being shown on the main channels during lockdown, TV fans are increasingly turning to streaming services such as Netflix and boxset on BBC iPlayer and ITV Hub.

And that means shows such as BBC One drama Happy Valley are reaching viewers who missed out on the original airings.

In turn that has led to a whole new bunch of fans desperate to find out when they will get to see new episodes.

People who watched the series two finale when it originally went out in 2016 and have now been waiting over four years for a third series.

That episode peaked at almost eight million viewers in the overnight ratings – making it one of the BBC One’s most successful dramas in years.

And while writer Sally Wainwright said at the time she was open to doing more, there have been a series of setbacks since then.

Part of the issue is BAFTA award-winning scribe Sally being busy penning other drama greats such as Gentleman Jack and Last Tango In Halifax.

Then there’s the jigsaw puzzle that is trying to have all the in-demand cast – such as Sarah Lancashire, Siobhan Finneran and James Norton and Katherine Kelly – available.

But there are still definite plans for another outing and some of the cast have revealed what the biggest hold-up has been.

Katherine told Digital Spy: “Season 3 is happening but Sally [Wainwright] is waiting for Ryan (Rhys Connah) to grow up…

“So she’s hanging on because it will be really interesting to meet him as a teenager to see how much of Tommy Lee Royce (James Norton) is flooding in his veins, no matter whatever Catherine (Sarah Lancashire) is trying to do about that.”

And Siobhan revealed: “Rhys, who plays Ryan, sent me a little message at Christmas. He looks like a fully grown man now, so he is growing up.”

We’re not sure he quite looks like a man yet. But he’s certainly growing up, judging by this picture of him from film The Runaways which was released last year.

Sarah will likely reprise her role as Catherine Cawood. Red Production Company, which makes the drama, revealed she had begun discussions with creator Sally after series two ended.

In a statement, a spokeswoman said: “Sarah and Sally have been talking. Sarah would be very keen to revisit Catherine Cawood.”

It’s not known whether James Norton will return as evil Tommy Lee. The actor’s career went through the stratosphere after he got his big break on Happy Valley.