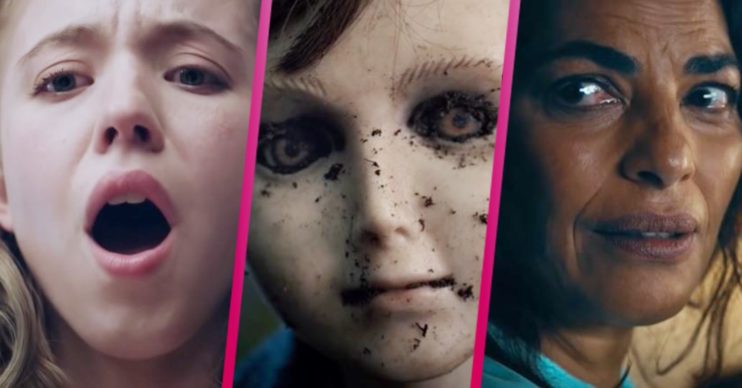 Halloween films are what the spooky season is all about, and Amazon Prime Video has just announced their specially tailored new releases…

The paid subscription channel will be providing plenty of thrills this Halloween, so get some cushions to hide behind!

Here’s what to watch this October on Amazon Prime Video’s streaming service.

These Halloween movies are now all available on Amazon Prime Video…so grab some popcorn and get ready to scream!

All the Boys Love Mandy Lane

Staring Amber Heard in the title role. Yes, THE Amber Heard who is currently locked in a bitter court battle with her ex-husband Johnny Depp. (We could watch THAT all day!)

Amber stars as innocent and desirable Mandy Lane, who is invited to a weekend party on a secluded ranch by a group of high-schoolers.

The number of revellers begins to drop mysteriously as the festivities rage on.

The Cabin In The Woods

Chris Hemsworth flexes his muscles in a classic of this genre. If you’re looking for eyecandy, as well as scares – this is one of the best Halloween movies on Prime.

Five college friends are picked off one by one by zombies after they arrive at a remote forest cabin.

Featuring national treasure Bill Nighy as a Scotland Yard inspector in Victorian London, this is definitely worth a watch.

Nighy hunts down the sadistic killer behind a series of gory, Jack the Ripper-Like murders.

Is he too late?

This horror is about a man (Mamoudou Athie) who loses his wife and his memory in a car accident.

He undergoes an agonising experimental treatment that causes him to question who he really is.

In psychological thiller The Lie, a father and daughter are headed to dance camp when they notice girl’s best friend on the side of the road.

However, when they stop to offer her a lift, their good intentions lead to terrible consequences.

A romance that initially seems perfect quickly turns into a nightmare. During the course of their courting, a mother becomes convinced her daughter’s new beau has a dark connection to her own past.

Juliet has grown up playing the piano with her sister, Vivian. But the latter’s achievement have overshadowed her own.

But when Juliet happens upon a recently deceased classmate’s diary, what she discovers sets off a chain of events that change everything.

A young family moves to the Heelshire’s mansion home and terror strikes when a boy discovers a sinister doll, named Brahms, that looks eerily human.

The movie will be available on October 21.

It will make you laugh, more than it makes you scream.

If you like that, you’ll definitely want to watch Shaun of the Dead and The World’s End too.

If you’re not a fan of scary films don’t worry – Amazon Prime Video has loads of new uploads to look forward to.

Amy Schumer portrays a woman struggling with insecurity in I Feel Pretty.

She suffers a fall and wakes up believing she is the most beautiful and capable woman on the planet.

Her new confidence empowers her to live fearlessly, until realises her appearance never changed at all.

Actor George MacKay should have walked away with ALL the awards for his portrayal of a WW1 soldier tasked with delivering a VERY important message.

Borat: Subsequent Moviefilm is added to the platform on October 23 2020.

It’s a sequel to Sacha Baron Cohen’s outrageous 2006 mockumentary Borat, about the titular reporter from Kazakhstan.

This time around, Borat Sagdiyev returns to America amid the COVID-19 pandemic and the 2020 elections.

Also available for customers, from October 28 2020 is sci-fi flick Color Out of Space – a horror film, based on the HP Lovecraft story of the same name and starring Nicholas Cage.

Parasite deserves all the Academy Awards it won this year.

The Korean black comedy about a dysfunctional family is released on Friday October 23 2020.

The Personal History of David Copperfield is a modern take on Charles Dickens’ classic tale.

It follows a young orphan who is able to triumph over many obstacles.

Dev Patel stars in the comedy drama, which is released on Amazon Prime Video on Friday October 16 2020.

Smallfoot comes on Friday October 30 2020 and is one for the family.

The animation follows a yeti who is convinced that the elusive creatures known as ‘humans’ really do exist.

The Walking Dead: World Beyond is currently available on Amazon Prime Video.

It follows a team of part-time paranormal investigators who team up to uncover and film ghost sightings across the UK, sharing their adventures on an online channel for all to see.

Welcome to the Blumhouse is a series of four unique, unsettling thrillers that showcase original genre stories from a diverse cast and filmmakers.

The Challenge: ETA will be added to the streaming service on October 30 2020.

The Boys series finale airs on Friday October 9 2020, followed by Prime Rewind: Inside The Boys‘ finale.

Halloween films will air on Amazon Prime Video throughout October