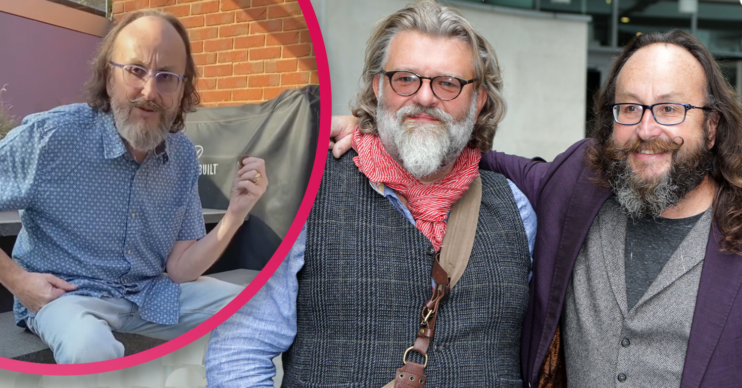 He made a poignant appearance without his cooking partner

Dave revealed last week that he is battling cancer and undergoing chemotherapy.

And now, appearing with Phillip Schofield and Rochelle Humes on This Morning, Hairy Bikers star Si has told pals how Dave is getting on.

Chatting to Phil and Rochelle, Si admitted he was missing his cooking pal, saying it felt “weird” to be on the show on his own.

As Si geared up to introduce the dish he’d be cooking, presenter Phil asked him: “My first question has got to be how’s Dave?”

“It must be weird for you cooking alone today?” Phil asked.

“It’s a bit odd without my mate, I have to say,” Si admitted.

What has Dave said about his cancer?

Last week, Dave revealed that he is battling cancer.

Speaking on their podcast, Dave revealed: “Anyway Kingy, I’ve got to come clean now, I haven’t been too well recently and basically, I’ve got to have some chemo.

Dave then went on to say that he wanted to speak up because he didn’t want to “hide under a rock”.

However, Dave was quick to reassure fans that the “prognosis is okay”, though. “I’m going to be fine,” he said.

Head to our Facebook page @EntertainmentDailyFix and send your best wishes to Dave.