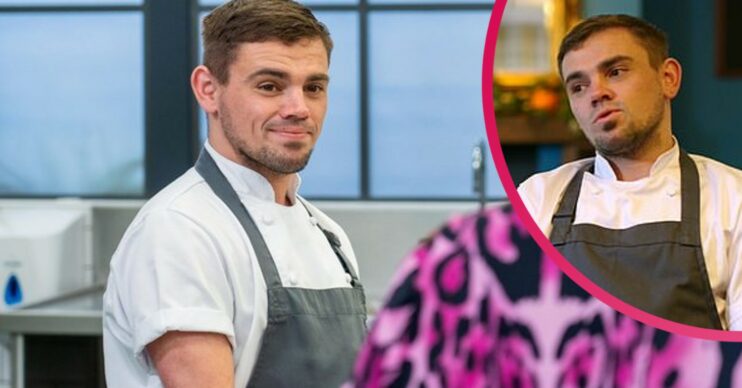 Great British Menu viewers were fuming last night (March 8) when they all spotted the same thing.

He is battling it out to represent the North East and Yorkshire at a dinner celebrating a century of the BBC.

However, Great British Menu fans watching the show found themselves distracted whenever Mark was on-screen.

The BBC opted to give Mark subtitles, and it led to many viewers questioning whether such a move was necessary.

In fact, some questioned whether the BBC were being ableist considering how simple it was to understand Mark’s speech.

“Just a bit of #CasualAbleism from #greatbritishmenu only subtitling the partially deaf chef. Super patronising too as it’s totally unnecessary,” ranted one viewer.

A second hit out at the broadcaster, saying: “It’s great to have a deaf chef on #GreatBritishMenu – he may need to lipread but I can understand Mark perfectly well without the subtitles, no need to patronise either him or us.”

I’m not sure this chef needs subtitles does he? I can understand everything he is saying? #GreatBritishMenu

Subtitles for the northern chef on #greatbritishmenu ? Poor chap! A little over the top.

“Providing subtitles for a partially deaf chef who speaks clear English is shameful. There are much worse speakers on TV who don’t get subtitles. #GreatBritishMenu,” argued a third viewer.

Mark’s become a hit with viewers, and he managed to make it through to tonight’s show thanks to his latest efforts.

Opening up about his decision to take part in the series, Mark previously said it was impossible for him to “say no”.

“I got an email from the production team asking if I’d be interested in taking part in the Great British Menu and we half thought they were joking because we had been talking about it in the kitchen before,” he told Derby Telegraph.

“You can’t say no when you’re in this industry so I was really interested but didn’t hear anything for months then I got down to the last two, did a few Zoom calls and then got the email saying I’d been chosen to represent the North East.”