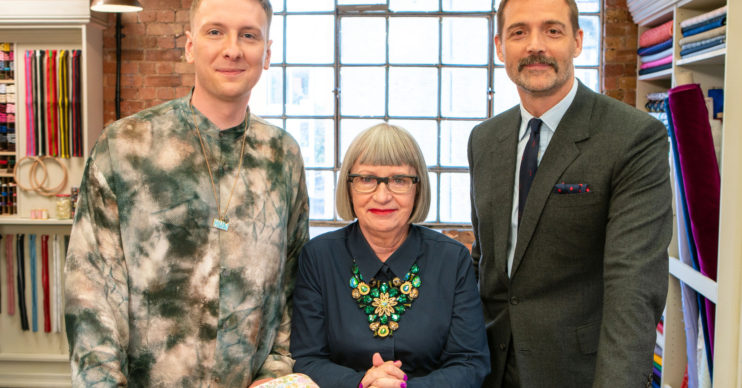 The Great British Sewing Bee 2020 – what is this year’s prize and who won last series?

BBC One’s Great British Sewing Bee is back for 2020.

Hosted by comedian Joe Lycett and from the same team as The Great British Bake Off, the show’s contestants are given three challenges a week by judges Patrick Grant and Esme Young.

These consist of the pattern challenge, followed by a transformation project and finally the made-to-measure round.

READ MORE: Is Joe Lycett married and why did he change his name to Hugo Boss?

Tonight’s episode sees the six remaining sewers attempt to recreate the glamour of the 1980s.

The final will air on June 24.

Juliet Uzor bagged the Sewing Bee crown last April and has since gone on to raise her profile among the sewing community.

She regularly appears as a guest on sewing TV shows and you can follow her on Instagram @julietuzor_ or watch her video tutorials on her You Tube Channel Sew So Natural.

The London primary school teacher coined the phrase ‘just You Tube it’ and wowed viewers by turning a pair of net curtains into a glamorous evening dress.

“I was in total shock and I really couldn’t believe it,” Juliet described winning to crafting publication Gathered.

“I was really emotional as I just didn’t think it would happen.”

She went on: “I had very little confidence in myself, and I didn’t ever think that something that big would happen to me ever.”

Juliet added: “I have been busy spreading the love of sewing, teaching sewing lessons in groups and also with private tuition for people who prefer personalised learning.”

What is The Great British Sewing Bee prize?

You’ve heard the saying, ‘it’s not the winning, it’s the taking part’?

Well, that very much sums up the ethos behind The Great British Sewing Bee.

There’s no cash prize but winners get to raise their profile on the show and take home a trophy.

Patrick Grant told the Telegraph: “It’s not about the prize, it’s about the enormous honour of being crowned the champion.”

“At least on Bake Off, they win a nice trophy,” he joked. “We made our trophy round the back of the set with coloured spray paint!”