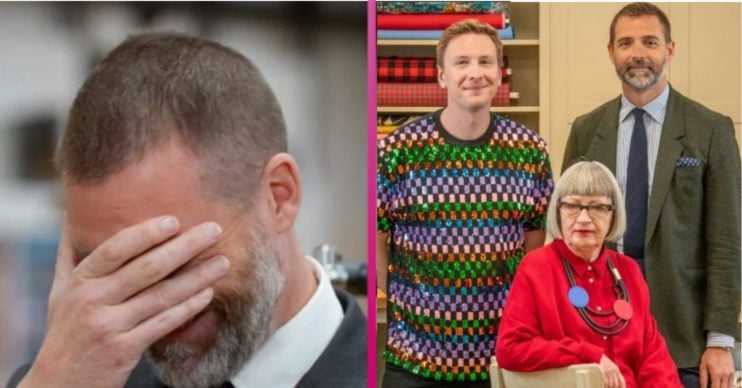 The Great British Sewing Bee is gripped its fans with its designs and patterns as the seventh series gets into its groove.

From mid-pattern cutting breakdowns to shoddy stitching, BBC viewers are here for the drama of it all.

When is the next episode of The Great British Sewing Bee?

Episodes of The Great British Sewing Bee air every Wednesday at 9pm on BBC One.

The seventh series began on April 14 and is expected to run across 10 weeks.

For any viewers who miss it, the series can be found on BBC iPlayer also.

Where is the show filmed?

The seventh series of the show has been filmed at Trinity Buoy Wharf in London’s Docklands. However, that hasn’t always been the original location.

Speaking in an interview ahead of the seventh series airing, judge Patrick Grant was full of praise for the new competition setting.
He said: “It was a real joy to spend time there. We’d come onto the set just before 7am every day and the sunrises and sunsets were amazing.
“Having that wonderful vista across the River Thames from the sewing room, can’t help but inspire the sewers. It was a spectacular place to shoot.”

This is the reel deal.
The Great British Sewing Bee. Starts Wednesday 14th April at 9pm on @BBCOne. #SewingBee pic.twitter.com/BqGn8pL0OI

Who is on the show this year?

The show began on April 14th with the full team eager to face judges Patrick Grant and Esme Young.

As each week goes by, the show must wave goodbye to one sewing contestant who fails to meet the challenges.

Every episode is presented by comedian Joe Lycett, who joined the show in 2019 and took over from Claudia Winkleman.

Additionally, this year’s series was filmed in September and October 2020 under strict Covid-19 protocols, with the sewers, presenters, judges and some crew forming “close contact cohorts”.

Where can I find The Great British Sewing Bee patterns?

Avid sewing fans might be eager to test out their own creations with some of the patterns from the show.

Each week after the show has aired, fans can find patterns used via websites like Sew Direct.

The patterns can be bought and then used to master your own creations at home.

How to enter The Great British Sewing Bee

If you think you have a flair for hemlines, bias cuts and for the perfect overlap stitch then you could apply to be on the show.

However, while the current series is airing, the show isn’t accepting applications for the next series.

Yet if you’re keen to flex your sewing skills, keep an eye on their website to see if applications reopen later this year: https://sewing.take-part.co.uk/

The next episode of The Great British Sewing Bee is on Wednesday at 9pm.