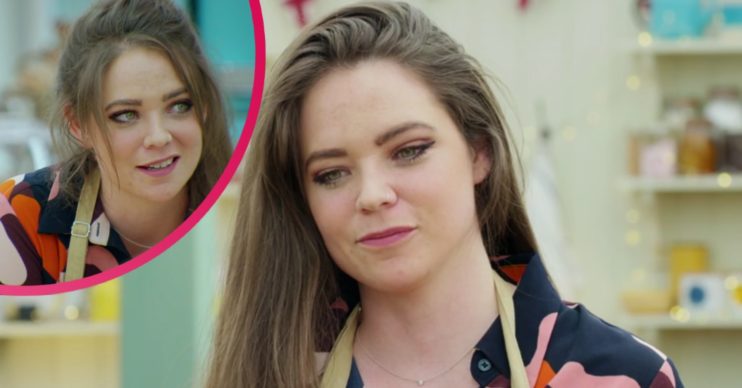 Great British Bake Off viewers were left horrified after Lottie failed to tie her hair up properly in the tent.

And while some fans were upset to see the former favourite go, others couldn’t help but comment on Lottie’s wild locks.

Read more: Bake Off: Matt Lucas has viewers in fits over X-rated pun

During the show, the 31-year-old pantomime producer wore her hair in a ponytail.

However, some fans believed the loose style was still “unhygienic”.

Great British Bake Off: What did viewers say?

At one point, the baker was even forced to blow her hair out of her face.

Taking to Twitter, one viewer wrote: “I wish Lottie would tie her bloody hair up!!!! #GBBO.”

A second complained: “I wouldn’t eat a thing Lottie bakes with her hair dangling all over her bakes.”

Another said: “That strand of hair in front of Lottie’s glasses is giving me anxiety #gbbo.”

A fourth pointed out: “Imagine taking a bite of cake and getting one of her hairs in your mouth.”

While another questioned how Lottie was able to bake properly, saying: “How does that girl (Lottie?) bake with her hair falling over her face like that? #GBBO.”

Can someone please tell lottie to tie her hair up! Last thing anyone needs is a hairball brownie! #GBBO #GBBOTwitterBakeAlong