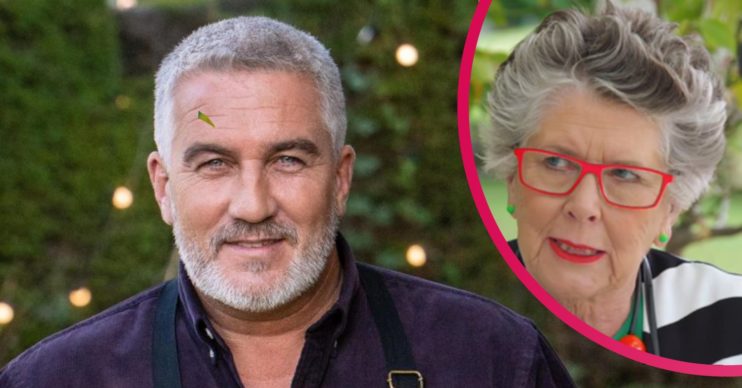 Bagel remark set the cat among the pigeons

Paul Hollywood has felt the wrath of Great British Bake Off viewers on after he made a remark about the NHS on Tuesday’s show.

The Bake Off contestants were tasked with making rainbow bagels, and some of the creations went down better with judges than others.

While chatting with Prue about the meaning behind the rainbow, Paul made a confession that didn’t sit well with many viewers at home.

What did Paul Hollywood say on Bake Off?

When Prue asked why Paul had set the challenge, his response left some fans stunned.

“I think bagels are a great challenge when you’re making bread,” he replied. “You’ve got to boil them which is unusual.

“I think the rainbow colours for me, although it originated over in the States, I think it represents the NHS.

“It does now certainly,” he added.

The rainbow flag has been used this year as a celebration of the NHS and its frontline workers.

What did Bake Off viewers say?

Many viewers rushed to social media to share their surprise over Paul’s confession.

paul: for me, the rainbow represents the nhs

GBBO’s Rowan only just scraped through last week. And in the latest episode, he struggled to impress judges Paul and Prue with his bagels, soda breads and showstopper.

Now, just three episodes in, a number of viewers are backing 31-year-old pharmacy worker Sura to win. Other names backed for the final are Marc, Hermine and Lottie.

Next week’s episode of The Great British Bake Off is Chocolate Week.

Are you enjoying the series so far? Leave us a comment on our Facebook page @EntertainmentDailyFix and let us know what you think of GBBO.