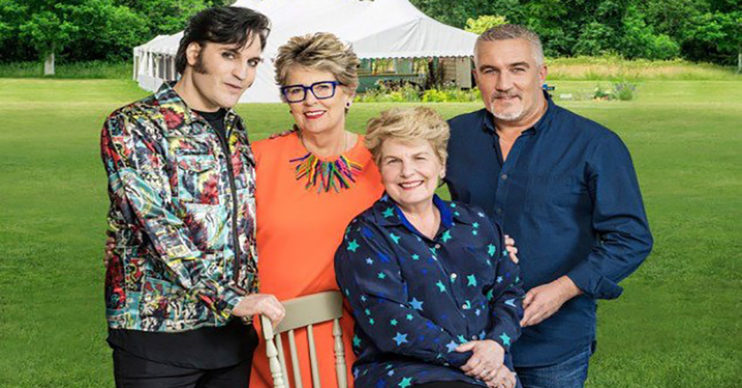 It's lining up younger stars

The Great British Bake Off will reportedly ban older contestants this year, due to the coronavirus pandemic.

The Channel 4 baking show is apparently lining up younger competitors, who are at less risk from coronavirus, for the upcoming series.

This is because show bosses are concerned that an older contestant could become ill during filming.

A source told The Sun newspaper’s Bizarre TV column: “There’s a real sense of urgency to get the next series of Bake Off in the can, considering it’s one of Channel 4’s biggest draws.

“That means the nation’s baking grans and granddads have been deemed too high risk. Bake Off’s wizened contestants are often the heart of the show

“Val, who would ‘listen’ to cakes to work out if they were done, and rapping septuagenarian Flo became favourites.

Ent Daily has contacted reps for Channel 4 for comment.

Meanwhile, it was revealed earlier this year that Matt Lucas will replace Sandi Toksvig on Bake Off.

The former Little Britain star was confirmed as the new co-host for the baking competition series alongside Noel Fielding, while Prue Leith and Paul Hollywood will be back as judges.

What did Matt say?

In a statement, Matt said: “I’m chuffed to bits to be joining the most delicious show on television.

“I can’t wait to break bread with Noel, Prue and Paul and meet the brilliant bakers.

“And bearing in mind my love of cake, I’ve already ordered some much larger trousers in anticipation. See you in the tent!”

Noel said: “I love Matt. I love his warmth and his comedy and his big joyful smile.

“I think if we play our cards right we could become the next Chas and Morph.”

There’s a real sense of urgency to get the next series of Bake Off in the can.

Bake Off mainstay Paul added: “I’m a genuine fan of Matt’s, it is such great news he will be joining us in the tent, he’s a fantastic addition to the team.”

Meanwhile, his fellow judge Prue joked the team might struggle to get any work done thanks to the new presenting team.

She commented: “The combination of Matt Lucas and Noel Fielding! Will we stop laughing and get any filming done?”