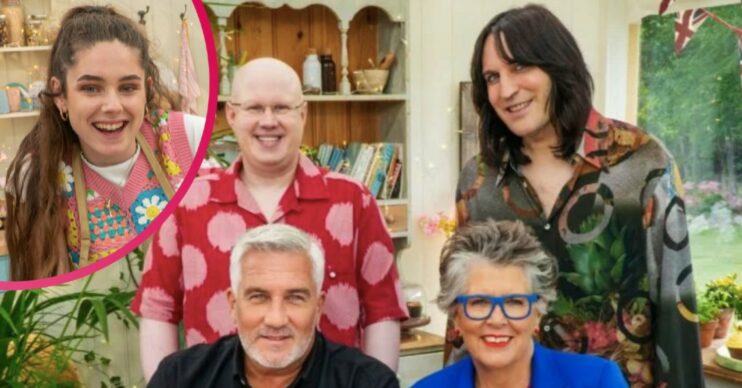 Great British Bake Off contestant Freya Cox has reportedly fallen victim to cruel online trolls – despite not even appearing on TV yet.

The baking hopeful, 19, is yet to make her GBBO debut but is said to have already been hit with abuse on social media.

As a result, Freya has seemingly deleted her Facebook account in an effort to escape the keyboard warriors.

She is a keen horsewoman and had her own Facebook page called Freya Cox Eventing.

But according to the Mail Online, the contestant has removed the profile after coming under attack from hardline vegans.

Read more: Great British Bake Off: Meet the contestants for the new series!

Freya had posted online: “I am so passionate about ethics and feel completely blessed to have the opportunity to share this with the world.

“To say I am the first completely vegan baker on GBBO feels like such an honour.

“I will be posting loads of updates, bakes and behind the scenes pics over on my Instagram page if you’d like to follow me on there. Speak to you all soon… the future really is vegan.”

But reports claim she has been met with furious messages from staunch vegans, who take issue with her riding horses.

“It’s no wonder people get confused what veganism means when the ethos is constantly being watered down.”

….you most definitely shouldn’t be going on TV calling yourself vegan

One troll even accused the student of injuring her beloved horse Winnie’s spine just by riding her.

“I think a lot of us would like to know if you give Winnie the necessary exercise without you breaking her spine anymore,” the person apparently wrote.

Fighting back, Freya replied: “I can reassure you she is absolutely spoilt :)”

Thankfully, fellow vegans have thrown their support behind Freya.

Showing her support, one vegan tweeted: “Freya Cox being bullied because she is vegan & rides a horse sums up all that is wrong with the vegan community.

“No wonder people hate us, we don’t even look after our own. Embarrassed that the first vegan contestant being on bake off has been overshadowed by this.”

“Good luck and don’t give in to crazy woke vegans again,” another told her.

The new series of the Great British Bake Off kicks off this week.

Other contestants hoping to create a storm in the tent include a policewoman and a retired midwife.

Are you excited about the new series? Leave us a comment on our Facebook page @EntertainmentDailyFix and let us know.