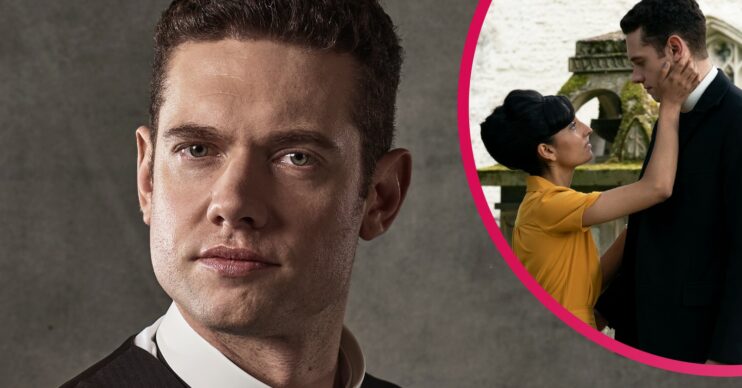 There are several famous cameos as the new series kicks off...

Series 7 of Grantchester is going to be a sizzler for Reverend Will Davenport, as he’s set to be torn between two women – but who is in the cast of episode one?

So who plays her?

And who else guest stars in the cast of Grantchester series 7 episode one?

Who plays Maya in the cast of Grantchester episode one?

Episode one of Grantchester series 7 kicks off with Will dancing intimately with a woman called Maya in a jazz club.

And the character is set to hang around for a few episodes at least.

Press information from ITV tells us that Will subsequently falls for the pretty newcomer.

However, Maya proves to be a “problematic” love interest for Will.

“A person comes into his life and causes a lot of problems because when Will falls in love, he falls hard.

“Then someone else comes along, who Will wasn’t expecting and they throw a spanner into the works.

“He has a real dilemma on his hands of what to do.

“He needs to choose between following his head or his heart.”

Actress Elloria, 25, is perhaps best known for playing Maggie in The Split.

Read more: Grantchester series 7: How many episodes is it, when is it set and who guest stars?

Maude is a green-fingered spinster, who lives with her sister Adele in the once-splendid, but now declining Fitzgerald Estate.

But, when a corpse is found in the grounds, it quickly becomes clear the dead man is the sisters’ brother Lord Edmund Fitzgerald.

As Will and Geordie investigate the Fitzgerald family history, they find themselves looking into Edmund’s own romantic past.

Actress Emma has been acting for more than two decades, and has appeared in heavyweight dramas Cracker and The Lakes.

She recently starred in political thriller Roadkill, and is known for her roles in Silent Witness, Clocking Off, and Unforgotten.

Emma also starred as D.S. Hawthorn in Coronation Street in 2014.

She’s sister to Maude, and brother Edmund – who turns up dead on the family estate.

Anna, 51, is probably best known for her roles as Juliet Miller in the television series Hotel Babylon and Tim Bisley’s ex-girlfriend Sarah in the series Spaced.

When Rev Will Davenport and DI Geordie Keating begin to investigate a murder, they find themselves at odds with Geordie’s new boss DCI Elliot Wallace.

He doesn’t take kindly to Will examining the corpse.

The new DCI yells at Geordie: “What the hell are you doing giving a civilian access to the crime scene?”

Well, it IS a valid question!

Who else guest stars in series 7?

She appears in episode 2 onwards.