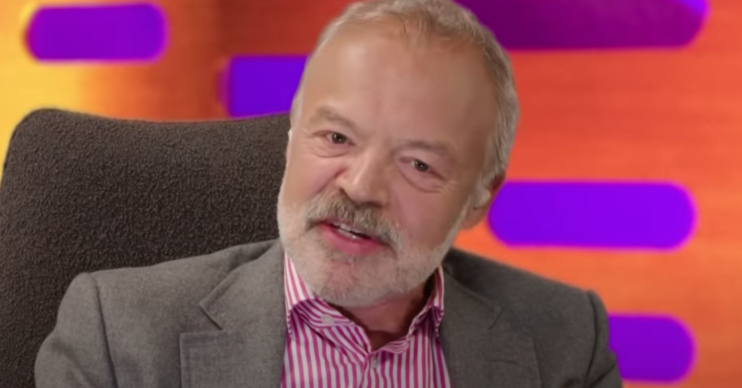 Host said episode would be the "last one for a while"

Friday night telly viewers seemed to be puzzled after Graham Norton indicated his chat show would be going off air.

Ahead of last night’s episode, the popular host tweeted it would be the “last one for a while”.

However, while this seemed to suggest the current run was coming to an end, not everyone was sure what Graham meant.

Some social media users were not clear on whether he was indicating he was referring to the conclusion of the ‘lockdown’ shows instead.

Last one for a while! X https://t.co/tpiSBC6kvl

Due to coronavirus pandemic and lockdown restrictions, the show has had to undergo major changes to its format.

Consequently the show has been filmed without a studio audience.

It has also necessitated celebrity guests to have chats with Graham over video calls, rather than face to face.

However, a handful of viewers couldn’t get their heads round whether Graham’s words meant a return to the studio – but without anyone but Graham and the production crew in attendance.

A post shared by The Graham Norton Show (@thegrahamnortonshowofficial) on May 29, 2020 at 11:10am PDT

“Last one on lockdown @TheGNShow?” tweeted one fan.

“So no more or are you going live with no audience? #GrahamNorton.”

Someone else wondered: “What does @grahnort mean last #GrahamNorton in lockdown?

“Is @TheGNShow ending or going back to studio guests so soon? Confused.”

And another keen viewer protested Graham’s words on Twitter: “NOOOOOOOO Why? Has your Wi-fi broke?”

Others were also disappointed to learn the show may be taking a break.

“Noooooo we need you to help us through!” wrote one fan.

“We’ll miss you. Our highlight of the week,” remarked another.

A third person added: “Love you so much Graham, your show makes quarantine a little better.”

And a fourth lamented: “Will miss you but hopefully when you’re back things will be a little more normal – whatever normal is! Take care and stay safe!”

ED! has contacted a representative for The Graham Norton Show for comment.

However, according to a press release for the series, a new run of programmes returns in the autumn.

And next Friday’s show is scheduled to be a compilation of highlights from previous shows recorded before lockdown.