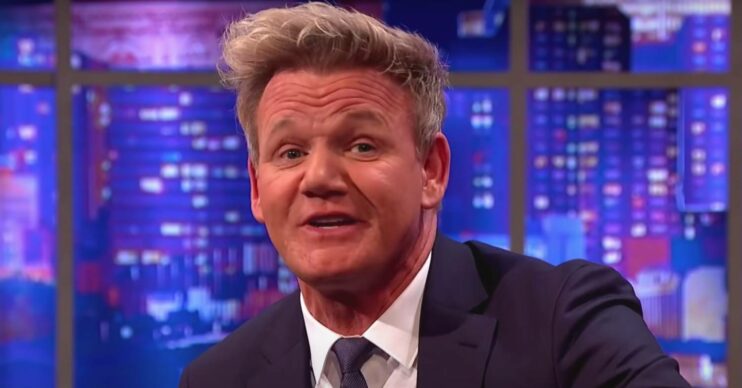 Recently linked to being part of Strictly Come Dancing 2022

Gordon Ramsay has delighted fans on social media by sharing big TV news about The Savoy.

Gordon, 55, has been linked to eateries at the iconic London hotel since 2003.

And a documentary series giving ITV viewers a glimpse of how The Savoy operates began a couple of years ago.

But now a second series is set to air – imminently!

And Gordon, recently tipped to take part in Strictly Come Dancing 2022, has given his fans a taste of what’s to come.

Gordon Ramsay on The Savoy

He boosted awareness of the new run by sharing clips teasing the show with his 13.7 million Instagram fans and 7.6 million Twitter followers.

Gordon teased in his Twitter caption: “Packed with new openings, new beginnings and some expensive wallpaper! See you tonight Gx.”

One shot of Gordon showed him appearing frustrated and considering cancelling an event.

But the wallpaper reference seems to relate to Gordon expressing surprise about the cost of some luxurious covering he rubs his hands on in the clip.

“A thousand pounds a metre!” he exclaims at one point.

How fans of Gordon Ramsay and The Savoy reacted

Gordon’s incredulous tone seemed to have captured the interest of one celebrity pal who replied to his post.

But legions of Gordon’s fans also had their interest piqued by the clip – with many expressing their delight with strings of flame emojis.

One follower made it clear on Instagram they were impressed by commenting: “Woahh.”

And another person spelled it out: “Must say I’m impressed.”

Another communicated their enthusiasm with a heart-eyed emoji and: “Can’t wait!!!!”

“Ooh great can’t wait to see it,” echoed someone else.

And another fan gushed: “Nothing can stop Gordon, lol. So glad to hear it is BACK.”

Another grateful fan chipped in: “Oh thanks, I’ve missed it.”

But among the deluge of positive responses, not everyone was happy with the nature of the show.

“Shocking showing this when there is a deep recession and food banks, real bad taste,” one disgruntled tweeter claimed.

The Savoy airs on ITV tonight, Wednesday June 15, at 9pm.