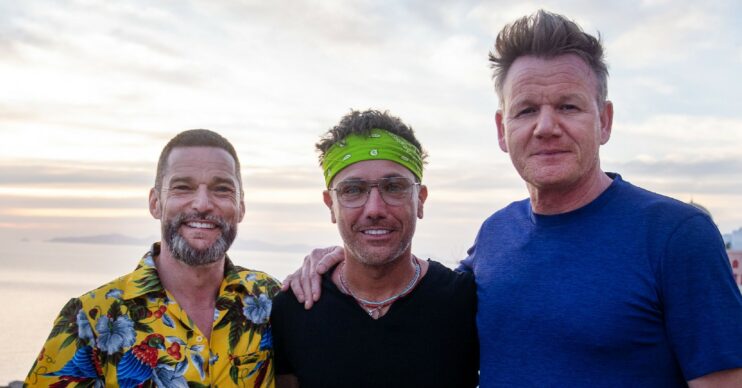 Gordon, Gino & Fred Go Greek: Start date confirmed – and everything else you need to know!

Just the tonic we need this autumn!

Gordon, Gino and Fred will soon be back on ITV with another Road Trip series entitled Go Greek, although this time things are a little different.

So as the lads prepare to storm back onto our TV screens and give us more laughs and delicious food, what do we know about the third series?

Gordon Ramsay, Gino D’Acampo and Fred Sirieix all return for a new series, and this time they’re hitting Greece.

The new series – entitled Gordon, Gino & Fred Go Greek – will consist of more adventures and sees the trio travel around the historic country.

ITV said they will start their epic journey on the country’s largest island – Crete – and then hop on to Santorini, which is nicknamed “the wine island”.

Read more: QUIZ: Gordon Ramsay, Gino D’Acampo or Fred Sirieix – which one are you?

Leaving the white-washed cubed houses behind, they then head to the much-fabled Mykonos.

It’s famous for being a party haven for the rich and famous.

Finally, the boys end their trip in Athens – one of the world’s most historic and cultural cities.

ITV promises lots more of the kind of high-jinks the trio has become renowned for.

The series will feature Gordon, Gino and Fred going island-hopping in a catamaran, see them try a spot of jet ski racing and even go diving for shipwrecks.

If that’s not enough of a tease, the boys will once again explore the nation’s sumptuous food.

Chefs Gordon and Gino – as well as Fred – are of course keen to test Greece’s culinary credentials.

We’re told lots of lobster and fresh seafood are on the menu.

When is Go Greek on?

So it really is just around the corner!

And then? Well, the good news is that the lads have been signed up for more road trips, with two more series coming after this one.

Read more: Gordon, Gino and Fred: Road Trip: All the latest on season 3 and 4

As Gordon says: “We always have so much fun.

“It’s genuinely ridiculous that we get to drive around amazing places, eating, drinking, experiencing true adventures filming it for TV and calling it work. 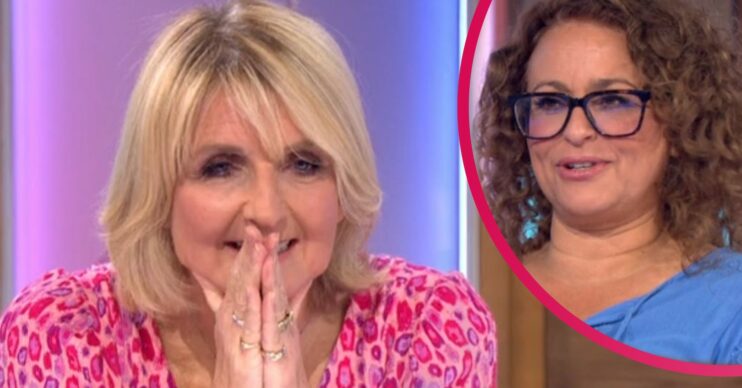