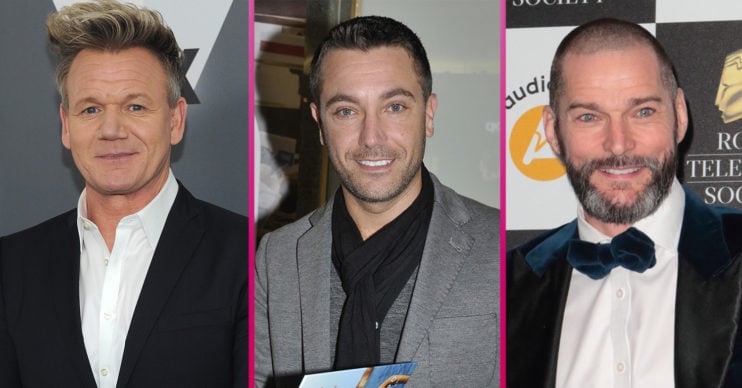 The trio are set to film a festive special pretty soon

The 44-year-old Italian chef is preparing to film the festive version of the ITV hit.

The show sees the trio sample local food and drink in different countries.

Appearing on The One Show on Wednesday (September 9), Gino told fans the special episode is already firmly in the pipelines.

What did Gino D’Acampo say about Gordon, Gino and Fred: Road Trip?

He shared: “I talk to them once a week just to make sure they are okay.

“I’ve seen Gordon in about June time and Fred was in February because we were filming together in Italy but we always did Zoom calls and stay in touch because we’re now gonna go off to do the Christmas special.

“That makes me very happy.”

Gino also revealed how Fred has trusted his fellow foodies to plan his upcoming stag.

The First Dates maitre d’ proposed to his partner, who he refers to as Fruitcake, back in March.

Gino explained: “The best stag do in the world is the one where nobody remembers anything the day after so nobody can talk about it.”

We’re now gonna go off to do the Christmas special.

Viewers were thrilled by the news of a festive special, with one commenting: “Yay Christmas special!!”

While a second added: “It was lovely to see @Ginofantastico on @BBCTheOneShow tonight!”

Back in June, it was revealed Gino will host a new series of Family Fortunes.

The TV star said: “I am delighted that ITV asked me to be the host that is bringing back Family Fortunes to the British public, following in the footsteps of some legendary presenters.”

He added: “I cannot wait to get going and add more laughs to this format.”