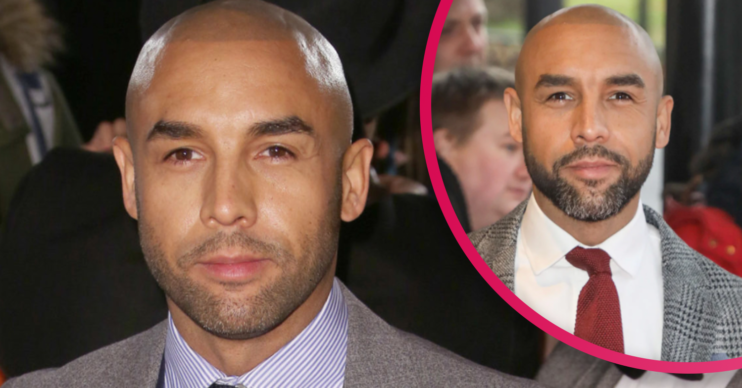 The GMB presenter responded to the troll on Twitter

Alex Beresford has hit back at a racist who suggested Good Morning Britain should be renamed to feature the word “blacks” in its title.

The 39-year-old host slammed the comment after being targeted by a vile troll on Twitter today (July 24).

The tweet came shortly after a discussion about whether black and colonial history should made compulsory in schools on the ITV show.

He said: “Part of the problem is that we don’t have enough black teachers in schools to teach British black history.”

Alex also added: “You can’t teach what you don’t know.”

Soon after the segment, the dad-of-two was targeted by a racist comment.

Alex later reposted the tweet and said: “And tweet of the day goes to Big Kev! Go to the top of the class you absolute genius for coming up with that.

Read more: When is Piers Morgan back on GMB? Marmite presenter replaced by Adil Ray

“Fancy teaching a module on how to be a racist.”

The TV star also shared the comment, which has since been deleted by the user, on his Instagram Story.

Fans were left disgusted by the tweet as they commented their support for Alex.

One wrote: “What a terrible thing to say… it’s good that GMB have multicultural presenters.”

'You can't teach what you don't know.'@alexberesfordTV says 'part of the problem is that we don't have enough black teachers in schools' to teach British black history as he discusses whether black and colonial history should be made compulsory in schools. pic.twitter.com/0Pcy2y7lqD

Alex is a proud advocate for the Black Lives Matter Movement.

Following the brutal killing of George Floyd, the star shared a lengthy statement on his own experience with racism.

He told ITV: “I was emotionally taken aback on Blackout Tuesday to see an unprecedented number of white and black people join the movement for the day and I salute those who were brave enough to take a stand for equality.

Alex later shared: “Being on the receiving end of racism scars you mentally. It’s a traumatic experience.

“I will never forget what was said and how it made me feel the first time I was called a [beep].”

The statement came shortly after Alex announced his split from wife Natalia.

The couple separated last year but they continued living together until two weeks before lockdown, meaning the presenter has recently been living on his own.