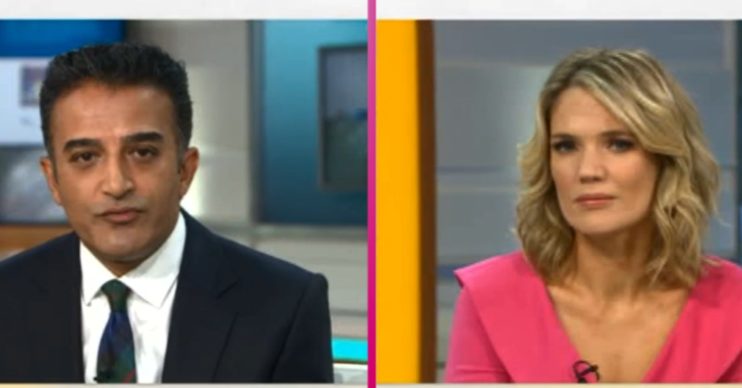 Adil Ray and Charlotte Hawkins are back on duty today

Adil Ray has once again joined Charlotte Hawkins and fans of the morning show aren’t happy about it.

With Piers Morgan and Susanna Reid on holiday for six weeks, it’s all change in the GMB studios in terms of the hosting line-up.

Ben has moved from the end of the week to the beginning and hosts with a returning Kate Garraway on Mondays and Tuesdays, while Charlotte joins him on Thursdays.

Adil has stepped in alongside Charlotte for Thursday and Friday this week.

Yesterday, on his first day, viewers weren’t impressed with Adil, and it seems today is no different.

Bring back Ben and Kate! #gmb

Can we please have someone decent presenting thursdat and friday, I feel sorry for Charlotte #gmb

Has Friday suddenly become the last dregs if the week with unknown celebrities as guests and the last choice of presenters. #GMB

NOW l know why Charlotte Hawkins isn’t used much on #GMB …and as for the bloke with her HE isn’t worth two Bob either! #PoorPresenters l might go back to watching #BBCBreakfast

The Good Morning Britain presenters are the only ones changing over the summer. Lorraine is taking a break too.

Yesterday it was announced competition host Andi Peters would stand-in for her for two weeks.

It’s the first time a male host has helmed her show in 10 years.

Adil joked they do a lot of fashion on Lorraine and was Andi a fashion expert, so Andy showed them he was wearing his slippers!

Good Morning Britain continues Monday to Friday at 6am on ITV.