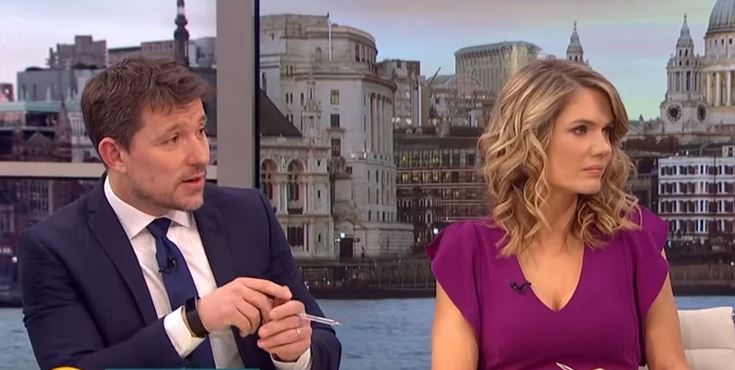 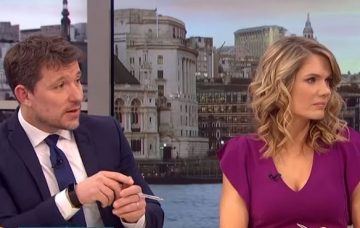 But Ben Shephard seemed to enjoy it...

If you thought (hoped?) Honey G was going to disappear after her X Factor stint finished, you were much mistaken.

The rap, er, ‘sensation’, 36, is here to stay – for a while longer at least – and she appeared on today’s Good Morning Britain to promote her brand-new single, Riding Hot.

However, despite the title of the song, viewers failed to warm to it, and one even described it as an “awful noise”.

Although many people thought of Honey G – real name Anna Gilford – as a ‘comedy’ act, she actually did rather well two years ago on the ITV singing show, finishing fifth.

And the achievement obviously boosted her confidence, as she told Ben Shephard and Charlotte Hawkins: “I’ve been recording my album and laying it down.”

She then played her new tune, and Ben seemed to enjoy it, revealing that the Londoner was a “superstar” in his house.

He encouraged: “That’s one of the things, isn’t it, Honey – about you and what you do with your music and your raps? It’s often about getting a catchy little hook out there. My kids will be rapping that all day!”

However, a lot of viewers were left distinctly unimpressed with the song, and made their feelings known on social media.

One tweeted: “That was enough to throw my telly out the window! Pure rubbish!!”

Another spat: “Seriously??!! It’s not rap, it’s [expletive]!!! Why give her airtime?? She’s taking up a place that a decent, talented person should be getting!”

And a third agreed: “Seriously, who buys or listens to this awful noise?!? Total waste of airtime!”

During her stint on today’s show, Honey G also revealed that she’d recently received a style makeover on the Channel 5 show Celebrity 100% Hotter.

She told Ben and Charlotte: “I can’t say too much but they did completely transform my whole appearance.”

However, Ben seemed unconvinced, telling the star: “You don’t look like you’ve changed very much.”