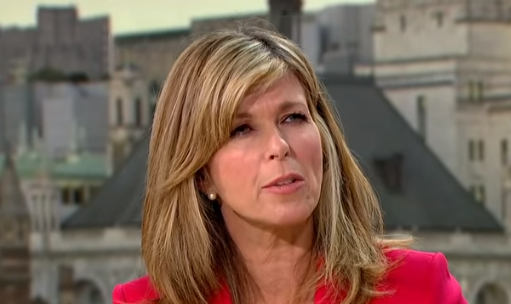 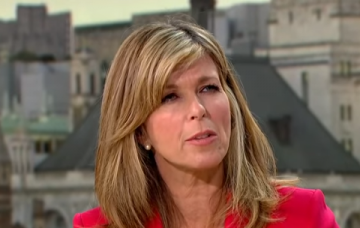 Show slammed for not issuing a warning

Furious parents have hit out at Good Morning Britain after the show shared an image of alleged internet meme Momo while children were getting ready to go to school.

Viewers complained that they were forced to switch off accusing the show of “traumatising their children” with the scary image and slamming them for not issuing a warning before broadcasting it.

Schools’ minister Nick Gibb was being interviewed by presenters Ben Shepherd and Kate Garraway when they brought up the subject of Momo.

Momo is a terrifying image of a doll-like figure with bulging eyes and wide grin which had reportedly been seen on platforms such as YouTube, WhatsApp and Facebook, targeting children by asking them to self-harm and commit violent acts.

One tweeted: “Had to swiftly turn over when #GMB started talking about theMomoChallenge ffs!! My child finally had a decent night’s sleep after all the scare mongering & then a breakfast show starts it all up again.”

Another commented: “No warning at all! Just watching #GMB whilst eating my porridge & up comes that MOMO face. I’d thought you’d have said an advisory message before putting it up!”

@GMB Why would you put the Momo face on TV!? Kids are terrified enough and can’t get away from it, so you put it on full screen on the tv?? In the quest to talk about a story, please don’t be so daft by allowing more kids to be exposed to it #GMB

@GMB Having kept images of MOMO away from my 7 y/o – you just had it on full screen for 5 seconds. I’m fuming – not even a warning. Use your brains and stop fueling interest and promotion. Really peed off. #GMB

While a third added: “Absolutely furious with @GMB for helping to propagate this momo nonsense. V upset 6 year old saw the picture this morning. You are part of this problem and are traumatising children. Stop it. #gmb”

No warning at all! Just watching #GMB whilst eating my porridge & up comes that MOMO face. I’d thought you’d have said an advisery message before putting it up! @GMB

The Momo meme is now thought to be a hoax. With You Tube releasing a statement yesterday which said: “Contrary to press reports, we’ve not received any recent evidence of videos showing or promoting the Momo challenge on YouTube.

WhatsApp also responded to the rumours with a statement that read: “WhatsApp cares deeply about the safety of our users, it’s easy to block any phone number or encourage users to report any problematic messages to us so we can take action.

“We have a machine learning system in place that ban accounts based on abusive behaviour and user reports.”

Do you believe the Momo challenge is real? Leave us a comment on our Facebook page @EntertainmentDailyFix and let us know what you think!