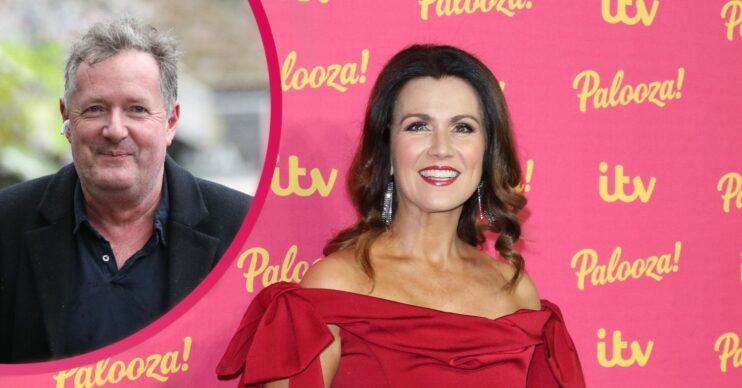 Piers left the show in March

GMB was named Best Talk Show at the ceremony in London on Thursday night (July 22).

Susanna did not attend the event in person, instead opting to air her gratitude via Twitter.

What did Susanna Reid say about the Good Morning Britain win?

Susanna then excitedly quoted the tweet adding: “Congratulations to everyone at GMB for this – including Piers Morgan obvs – as viewers voted us Best Talk Show.”

Happy fans of the show were keen to heap praise on the team for their win.

However, some were quick to question if they will win in the future now that Piers has departed the programme.

One wrote: “Won’t be winning that next year without Piers.”

Another posted: “Well done. No disrespect to any of the other presenters but Piers is a huge part of why you won this award.”

When did Piers leave GMB?

Piers, 56, exited the popular morning show back in March. The move came after a heated on-air debate with colleague Alex Beresford about Meghan Markle.

At the time the former tabloid editor had been very vocal on his opinions regarding Meghan and Harry’s interview with Oprah Winfrey.

Piers said he ‘didn’t believe a word’ that Meghan said after the duchess said she felt suicidal but claimed she didn’t receive help from the palace.

Read more: Susanna Reid defends Prince Harry being ‘in charge of his own story’ with memoir

This sparked outrage among viewers.

He announced he was leaving GMB on March 9 after Ofcom received more than 41,000 complaints about his on-screen rant about the Duchess of Sussex.

One complaint reportedly came from Meghan herself.

During the awards ceremony, Susanna also won a second trophy – Celebrity Personality of the Year.

Let us know what you think of this story by heading to our Facebook Page @EntertainmentDailyFix and leave a comment!