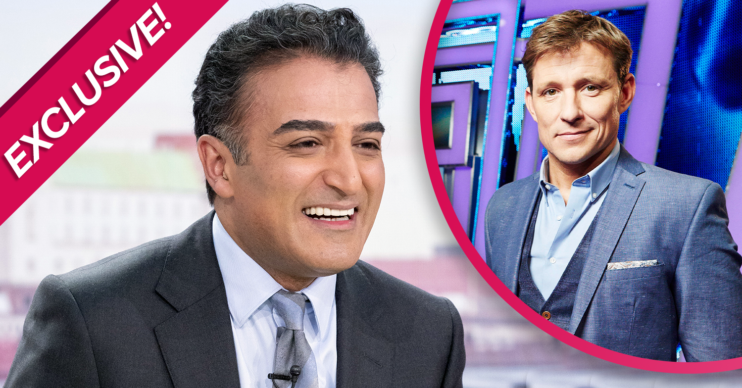 It'll air on ITV this winter

Lingo – a quick-thinking game of words – is set to air on the channel “this winter”, Adil told Entertainment Daily.

The show will see three teams pitted against each other in a battle to find words.

With each round, the stakes become higher and the prize money escalates.

As a result, if a team can’t find a word, their opponents could swoop in and claim the word and the money.

Adil’s nerves ahead of gameshow debut

Adil will front the new show, which is being made by his Good Morning Britain co-star’s production company, Wildcard.

Speaking exclusively to Entertainment Daily, Adil revealed he was “a little bit nervous” about the move into gameshows.

“Oh my god I’m a little bit nervous because it’s the first time I will have done something like this. But even so I’m really excited,” he added.

I’m in really good hands with ITV and Ben knows what he’s doing, I think he’s done quizzes before.

He added: “I grew up watching quiz shows. So like most people in my generation, I sat there with my mum and dad. Sometimes you’d have a whole night of quiz shows.

“You’d start with Countdown, then Blockbusters, then onto Family Fortunes and Wheel Of Fortune. I grew up with these big game shows, so it’s a real privilege to have a go at doing one.”

Adil revealed the show will have a “simple format” and “no shiny floor” for now.

“It might become that one day,” he said, revealing he’ll be filming 30 episodes in 10 days next month.

“I thought that was a lot, but on Tipping Point they record hundreds in weeks.

“Bradley Walsh for The Chase, he must be recording every day of his life,” Adil joked.

“It’s almost like if it does become a success and they ask us to film more, I’ve got to accept that you’re really going to be engrossed in all of this, which would be great fun.”

ITV has commissioned Lingo, a new quick-thinking game. Presented by Adil Ray, teams will be pitted against each other in a battle to find words. Read more about the upcoming show here: https://t.co/XJOt7jV7As #ITV pic.twitter.com/534q9g9oEn

British viewers, too, will no doubt get engrossed in the show, so is Adil ready for an obsessive army of Lingo fans?

“I don’t know what it’s going to be like, so I’m slightly – not worried about it – but it’s an experience I don’t think I’ll have had before,” he said.

The star clearly has the backing of his co-host, with Ben saying he’s “perfect” for the role.

In a statement, Ben revealed: “Adil has the perfect mix of words and comedy to bring the game to life, tease some strange answers and help us all find those missing words and letters. This series is sure to get people at home laughing as they shout at their TVs!”

Lingo will air on ITV this winter, so will you be watching?