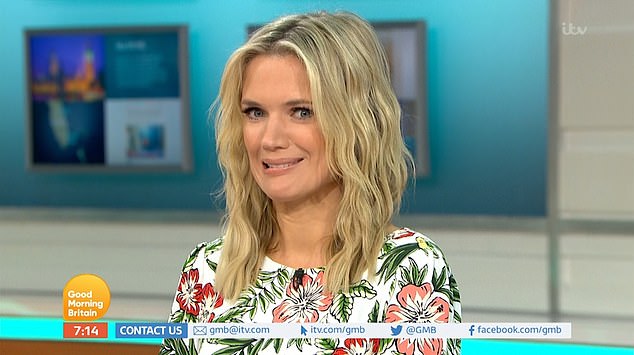 Staff said to be unhappy

ITV recently announced a shake-up in its daytime schedules in the wake of the Jeremy Kyle scandal and subsequent cancellation.

Both Good Morning Britain and This Morning are set to be extended in the shake-up, but controversy has already hit the move.

Reports claim that a ‘race row’ has kicked off behind the scenes at GMB after Charlotte Hawkins was handed a new 30-minute slot ahead of her BAME colleagues.

The Sun reports that staff are ‘furious’ that presenters of colour – such as Ranvir Singh and Sean Fletcher – were overlooked in favour of Charlotte.

The new slot, the newspaper says, is from 6am, half an hour before main hosts Piers Morgan and Susanna Reid take over.

But the move has ‘divided staff’ behind the scenes.

A source was quoted as saying: “The plan is to give Charlotte her own half-hour, but that’s caused uproar from staff concerned about diversity — especially because Ranvir and Sean would be the other two options.

They are both BAME and were both unfairly demoted by bosses, which has left a bitter taste.

“They are both BAME and were both unfairly demoted by bosses, which has left a bitter taste.

“This is nothing personal against Charlotte, who is a lovely lady and well-liked. But she already has a job as newsreader.”

ITV has now revealed that the morning schedule will be given a shake-up in the New Year.

“We can’t wait to bring our audiences an even greater abundance of personalities, surprises, warmth and humour and a bigger and better schedule for 2020.”