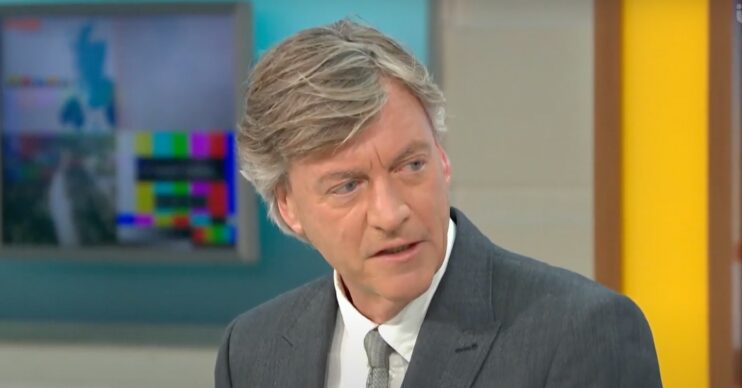 The 66-year-old’s remark came during a segment of the show about Ben Stiller’s meeting with Ukraine president Volodymyr Zelenskyy was discussed.

Today’s edition of Good Morning Britain saw Richard slip up yet again and make another gaffe.

During the show, Richard and Ranvir Singh discussed the fact that American actor Ben Stiller met Ukrainian president Zelenskyy. They were joined by presenter Sean Fletcher to discuss the meeting.

“There’s something sort of bizarre about that, isn’t there?” Sean said.

“Zelenskyy used to be an actor, he played a role as a president, didn’t he? And now he is President.”

“I can only apologise,” Richard quickly replied, realising his error.

Viewers were quick to criticise Richard’s poor choice of words, with some branding him “insensitive”.

Others compared him to Alan Partridge.

“When are @GMB going to realise what a liability Madeley is? Comparing Zelensky to Russian dolls, and then saying he doesn’t care about what he said,” a third said.

“‘Like russian dolls’ when talking about Zelensky. Come on Madeley, be better,” another tweeted.

Today was the second day where Richard and Ranvir hosted GMB together.

Richard usually hosts GMB on Mondays through to Wednesday alongside Susanna Reid. However, with her absent yesterday, Ranvir stepped in to fill the gap.

However, not all viewers were happy.

“Could there be any two worse presenters on Good Morning Britain today?!” one viewer tweeted.

Not everyone was harsh on the duo though!