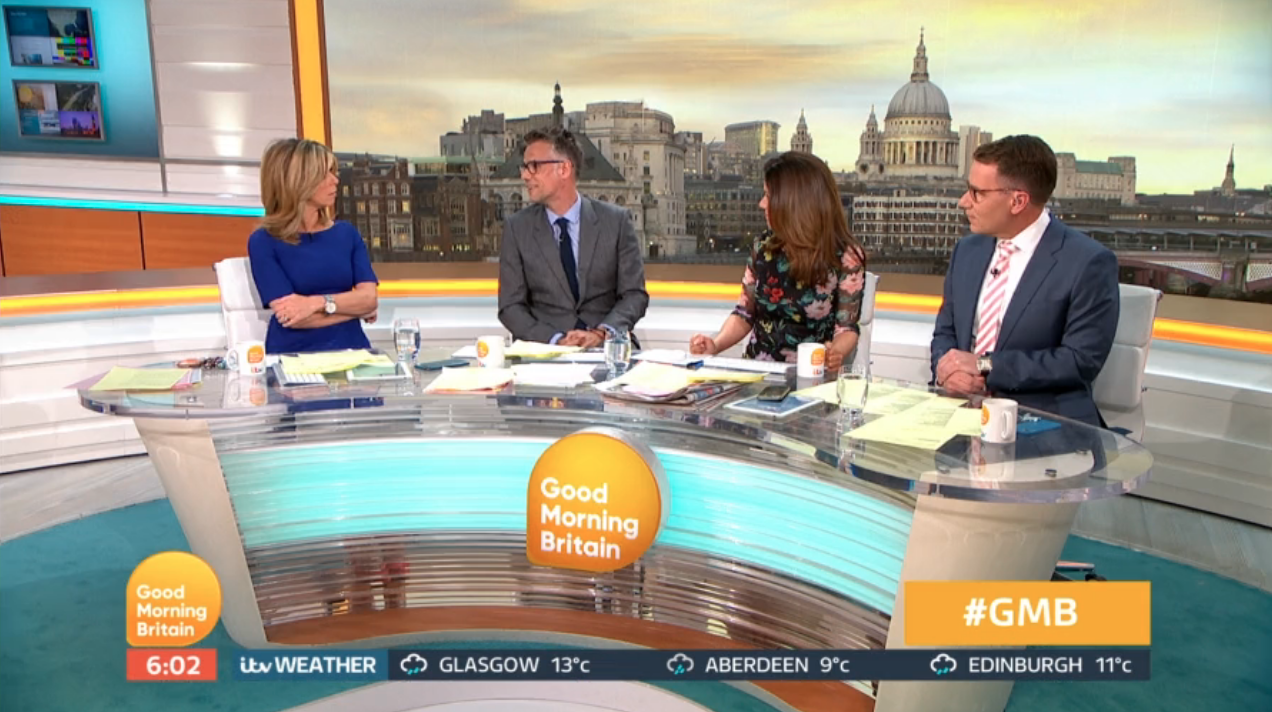 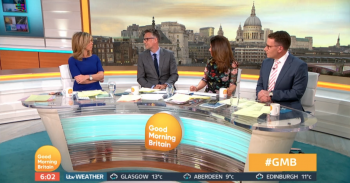 Sensitive side of motormouth anchor has been exposed!

Richard had been placed in a medically-induced coma for nine days after falling ill during a flight from the US to Britain.

Talking about his terrifying health scare, Richard thanked medical staff for the care they had shown him – and also admitted Piers had demonstrated he cared too.

“When you come that close to death, you also get to see the best side of people, not just the NHS that saved my life, but also friends,” Richard said.

“And I’m hesitant to pay tribute to Piers Morgan, but he did call my wife during that time and was very sweet and actually very thoughtful.”

His daytime TV colleagues seemed stunned by the revelation, with Susanna doing a double-take right down the camera.

Susanna added: “Wow, the compassionate side of Piers Morgan!”

And a smirking Richard A chipped in: “[We thought he had a] heart like a swinging brick!”

Reflecting on his ordeal, Richard B expressed how grateful he was to the NHS for saving his life.

“My outcome would have been very different if this had happened to me in the States,” he said.

“If you don’t have proper insurance, and you get the sort of lung infection I had, you would have been on the hook for hundreds of thousands.”

Richard proved a popular replacement for former newspaper editor Piers, with fans hailing the ex Big Breakfast presenter for allowing Susanna to get a word in edgeways.

Earlier this week Piers confirmed he would be back on the box from next Monday.