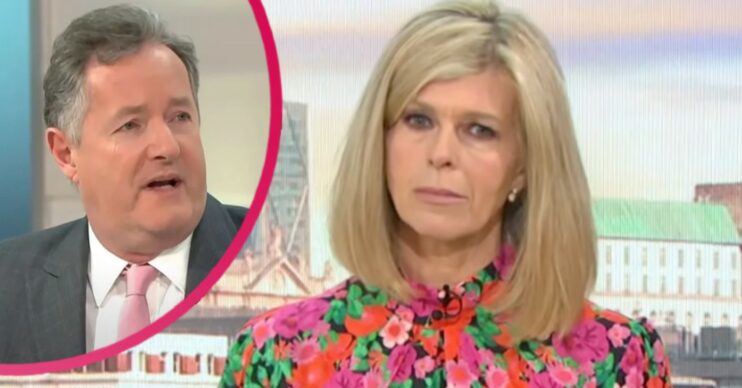 However, it all kicked off during a segment on the high costs of Covid PCR tests in the UK.

What happened on Good Morning Britain?

Former Junior Health Minister Edwina was one of the four guests appearing.

During the segment, Kate revealed she was planning to take her children, Darcey and Billy, on holiday later this year.

However, the costly PCR tests were proving difficult.

Responding to the host, Edwina said: “Kate said a moment ago that you have ‘no choice’, and the fact is; yes you do.

“You do not have to go on a foreign holiday, Kate – bring the kids up to the Peak District, you’ll have a lovely time.”

Kate hit back: “Well, since you made it personal, it’s not necessarily about that.

“I’ve been trying to book a holiday in the UK and have not been able to find something suitable because I have particular needs and I can talk about that another time.

“But actually your point doesn’t help the travel industry.

“The whole point of the PCR tests and getting things going is to encourage people to travel safely, not being at risk, this is what the government said.”

Edwina interrupted: “Let me respond to what you’ve said.”

Kate then added: “I’m very keen to travel abroad but this is because of a very specific reason where I need to travel.”

Kate trying to be Piers this morning #GMB

@GMB Kate is getting as bad as Piers was, interrupting Edwina Currie!!

@Edwina_Currie trying to support expensive #PCRtests you might have £400+ per person to go on holiday in the Uk! You also have not been cabin crew and lost your career! Thanks Kate Garroway ❤️❤️@GMB

How did viewers respond to Kate Garraway?

One wrote: “Edwina is right! Kate got a little defensive to Edwina’s valid point ‘you don’t have to pay, you have a choice’ however I don’t agree with Edwina’s view on these companies not making a shed load of money.”

Another said: “Calm down Kate, I would like to hear what Edwina has to say.”

“Kate trying to be Piers this morning #GMB,” one shared, while another added: “Kate is getting as bad as Piers was, interrupting Edwina Currie!!”

Kate is getting as bad as Piers was

However, lots of viewers appeared to agree with Kate’s point of view.

One stated: “Good on Kate. Who the hell does Edwina think she is? You go spend £1000 to holiday in this cold country, when for less you can go abroad and enjoy the sunshine.”

A second tweeted: “Good for you Kate!! Edwina is living in another world… not one that working class can afford to go on holiday anymore apparently!!”