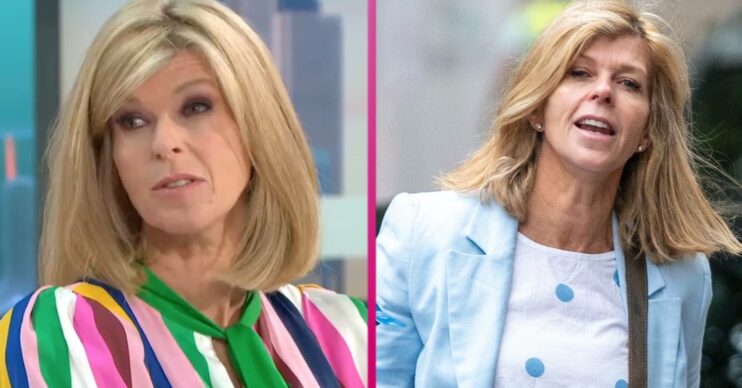 She had to make a quick dash to the studio this morning.

Good Morning Britain host Kate Garraway had to make a quick dash to work this morning after sleeping through her alarm.

The GMB presenter woke up two hours later than planned this morning when she didn’t get up at her usual time to make it in to present the show.

“Quarter past two I normally set my alarm because I like to come in, have a cup of tea and go through everything.”

However, after not getting up when her alarm went off, she had to rush to avoid missing her presenting slot.

“But I got in the car at about twenty past four. There are a lot of nervous producers around this morning.”

Currently, Kate is organising a holiday with her children Billy and Darcey and had been up late making plans. Her husband Derek is recovering from Covid so it will be Kate’s first holiday with the kids alone.

She said: “Derek’s family are descending to take care of Derek for a few days while I take the kids away.

Read more: GMB viewers call out Charlotte Hawkins and Kate Garraway for ‘interrupting each other’

“I was up late thinking if I’ve remembered everything. That’s my excuse.”

Meanwhile, Kate has had a tough 12 months after her husband Derek Draper battled COVID-19 in hospital and now its after-effects.

But the presenter recently revealed a hope she has for Derek after her ITV documentary about his health battle, Finding Derek, became nominated at the NTAs.

Kate said: “I was just looking and the ceremony – is it the 9th September?

What happened to Kate’s husband Derek?

Derek has been recovering from COVID-19 at home after spending over a year in hospital.

He now receives round-the-clock care at their family home in London.