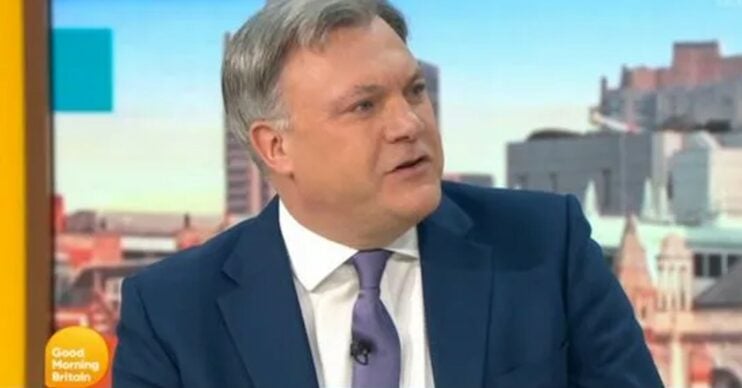 Good Morning Britain viewers were disappointed when they tuned into the show today and saw Ed Balls.

Richard has become a regular face on the show following the departure of Piers Morgan.

However, some were saddened when they were greeted by former politician Ed Balls instead.

While some welcomed Ed Balls‘ return, others were left “switching off” over his presenting style.

“Seems #GMB are understaffed as well. Can’t think of any other reason why you would have Ed Balls as a presenter. Just when I thought the program couldn’t get any more lefty,” said one viewer.

Read more: Richard Madeley’s cheating past before finding love with wife Judy: ‘I was a very young man’

A second said: “Ed Balls really? Time to switch off.”

A third complained: “Ed Balls are you serious. I switched on to see if this programme had improved and very quickly switched off when I saw it’s got worse.”

A fourth ranted: “If I scoured the endless lists of dubious ‘celebs’ and politicians, I couldn’t find a more boring presenter than Ed Balls, well-done GMB, yet another switch off!”

However, it’s not all bad news for the GMB star.

While some were left bored by his presence, others were just grateful to not be stuck with Richard Madeley.

Fans have been complaining about Richard lately, with many growing sick of his presenting style in recent weeks.

“Loving Ed Balls. Not so much because he’s Ed Balls, more because he’s NOT Cringard Madely,” insisted a second viewer.

GMB airs on ITV, weekdays, from 6am.