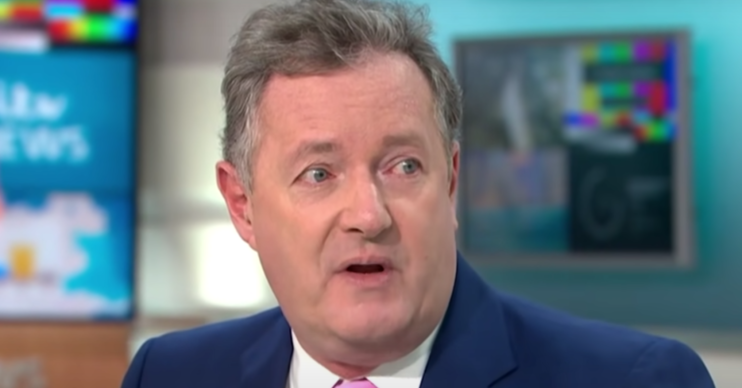 It was Piers and Susanna's farewell show ahead of the summer

TV’s Piers Morgan has been called out by fans claiming his colleagues were not social distancing backstage at Good Morning Britain.

The presenter, 55, and co-star Susanna Reid hosted their last day on the ITV show before heading off on their summer break.

But when Piers shared a snap of their final briefing ahead of Thursday’s show, followers were quick to point out that crew members weren’t adhering to social distancing rules backstage.

The final 5.15am GMB pre-show briefing in Imelda Reid’s dressing room, before we go off for our summer break. We’re all as knackered as we look.

The photo shows Piers drinking from a mug in Susanna’s dressing room as they’re joined by two workers.

The men appear to be standing close while leaning in for the shot.

Piers wrote: “The final 5.15am GMB pre-show briefing in Imelda Reid’s dressing room, before we go off for our summer break. We’re all as knackered as we look.”

Followers were quick to voice their concerns, with one saying: “So no social distancing from the 2 people at the front!!”

Read more: Piers Morgan snaps at Susanna Reid as she apologises for him on GMB

A third stated: “You mean the guy that isn’t social distancing from the other guy?!”

Meanwhile others rushed to comment on his upcoming break, saying: “Won’t be the same without you both. Have a good break both of you x.”

A second said: “Enjoy your break – you will be missed!”

The post comes two days after Piers divided viewers after announcing he may leave the ITV show next year.

He said: “We have two more days left, then you’ll all be glad to see the back of us. Not forever, we’ll be back in September.”

The star then read out a letter from a viewer, who had done two paintings of the hosts.

Part of the letter read: “I thought I heard you state you were leaving at the end of the year.”

Piers then said: “I’m not actually. End of next year… possibly.”

His announcement was met with mixed responses from viewers.

Clearly delighted by the news, one said: “Well I wish he would leave and not come back. He wouldn’t be missed as far as I’m concerned.”

While others insisted Piers’ no-nonsense attitude would be sorely missed, saying: “Always enjoy Piers, look forward to the show when he’s on as he says and asks what lots of us want answers to!”

Late last year, Piers vowed he would quit when his two-year contract comes to an end.

Who is taking over from Piers and Susanna next week?

Kate Garraway will joined in the studio by her close friend Ben Shephard as Piers and Susanna Reid take their two month summer break.

The presenter has been off work since her husband Derek Draper was diagnosed with COVID-19 in March.

“I’m going to come back on Monday,” she announced on GMB today (July 8).

“You two are going and I’m coming back. I’m not sure I’ve got quite the fight to be Piers Morgan but I’m going to be here with Ben Shephard on Monday because you’re going off.”

ED! has contacted reps at Good Morning Britain for a comment on the photgraph.