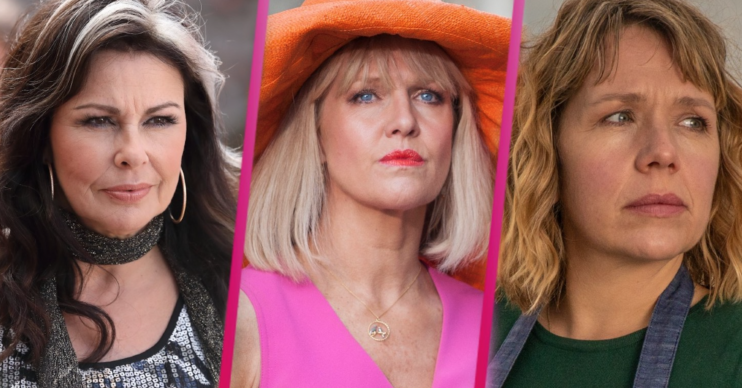 Feast your eyes on a bit of cosy crime

Whitstable Pearl on Acorn TV has proved a sleeper hit with fans of ‘cosy crime’ and there are loads more good crime dramas in the same vein.

According to good old Wikipedia, cosy crime – or ‘cozies’ – is “a subgenre of crime fiction in which sex and violence occur off stage, the detective is an amateur sleuth, and the crime and detection take place in a small, socially intimate community”.

So now Whitstable Pearl is over, what to watch next?

What to watch now Whitstable Pearl is over…

The doyenne of cosy crime, Agatha Christie’s classic creation still can’t be beaten when it comes to cosy crime.

With classic episodes on several ITV channels, you’ll be able to see the likes of Geraldine McEwan and Julia McKenzie in the title role, as well as the late, great Joan Hickson.

Together they solve crimes together across the countryside.

Where to watch: Britbox, Acorn TV

Mark Williams stars in the BBC daytime hit, which features a priest in a Catholic church in the Cotswolds in the 1950s.

We’ve had eight series of pleasant crime-solving so far, and we’re in store for more new stories soon.

Speaking of men of the cloth solving crimes…

Where to watch: Alibi

Set in the fictional Cambridgeshire village of  Grantchester in the 1950s, the five series are based on James Runcie’s best-selling novels.

Where to watch: Britbox

Based on MC Beaton’s books, Agatha is played by Ashley Jensen.

Agatha finds herself in a sleepy Cotswolds village after leaving her life as a high-powered PR guru in London.

However, the village of Carsley isn’t as sleepy as she hoped and Agatha is soon peering over the hedgerows.

Where to watch: Acorn TV

When young detective Matilda is assigned to her home village’s local police force, she enlists the help of her three crime author aunts for help in solving the crimes.

Series two is on its way.

Where to watch: Acorn TV

For 23 series, Midsomer Murders has presented us with some of the cosiest crimes ever seen in this country.

Now starring Neil Dudgeon as DCI Barnaby, you can take a tour around the bucolic surrounds of Midsomer. Just watch out for all of those murrrrders.

Luella once hired Frank to help find out more about the fiancé she met online.

Now’s she a member of the team.

Where to watch: BBC iPlayer, Alibi

It may not have any amateur sleuths or be based in a quaint English country village, but there’s no denying that Death In Paradise is as cosy as they come.

Set on a fictional Caribbean island, there are 10 series to enjoy starring the likes of Ben Miller, Kris Marshall, Ardal O’Hanlon and Ralph Little.

Before she became a true household name in Line of Duty, Anna Maxwell Martin headed up this period drama.

A little bit darker than your usual cosy crime drama, it nonetheless featured a group of codebreakers from World War II who didn’t know what to do with themselves.

Read more: The Devil’s Hour on Amazon: Jessica Raine and Peter Capaldi lead cast – when is it on?

Instead of sitting on their laurels, they decide to solve crimes.

Where to watch: Britbox