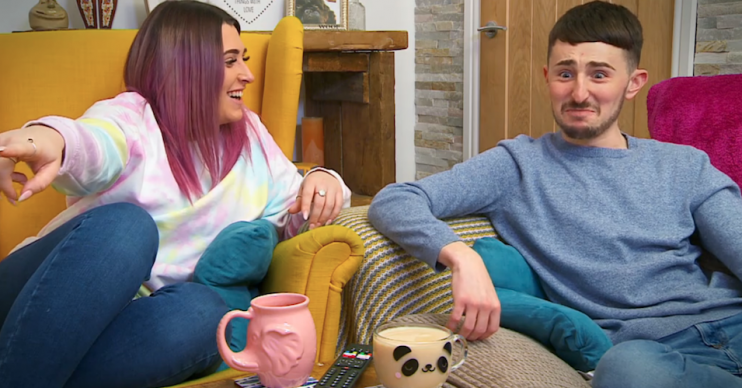 Where do you stand on Pete and Sophie?

Couch potato critics Pete and Sophie Sandiford are two of the most loved – and hilarious – characters on Gogglebox.

But for many others watching the Channel 4 show every Friday night, the siblings from Blackpool are the equivalent of TV Marmite. And those viewers don’t like Marmite.

The high-spirited pair have proved divisive for much of the time they’ve appeared on the series since joining in 2017.

But over the last few months opinions expressed on social media seem to have become more and more insistent and hardened – with some viewers complaining Sophie and Pete are ‘dominating’ the show.

Another person ranted: “FFS Channel 4! We need to see less of Pete & Sophie on #Gogglebox if you want to keep viewers – tonight’s episode was completely destroyed by the giggling imbeciles.”

They added: “Please give us less of P&S!”

Another irked onlooker singled out one particular aspect about Sophie that particularly winds them up.

Read more: Gogglebox viewers in hysterics as Dave the dog steals the show

“I must be the only person that can’t stand Pete and Sophie and Sophie’s irritating laugh😐 #Gogglebox,” they grumbled.

Another aggrieved viewer suggested they could be removed from Gogglebox entirely.

They remarked: “Please please please C4 give Pete and his little sister Sophie their own show.

“Then I will NEVER have to see them again. EVER. @Channel4 #Gogglebox.”

Some of Pete and Sophie’s biggest fans believe that is at least half a good idea, with one commenting: “Pete and Sophie are absolutely hilarious. They need their own show 🤣🤣🤣.”

And another tweeter made it clear why they are so charmed by the cheerful – but cutting – brother and sister duo.

Another viewer simplified their thoughts to: “Happiness is watching TV with Sophie and Pete. #gogglebox.”

However, it seems even the most devoted of Gogglebox fans may not have picked up on a crucial detail about them, despite turning on every week.

“I’ve been watching Googlebox since it began and how have i only just found out now that Sophie and Pete are brother and sister?!” noted one shocked but enlightened viewer.

“I thought they was dating this whole time.”

Where do you stand on Pete and Sophie?

– Gogglebox airs on Channel 4 on Friday nights at 9pm