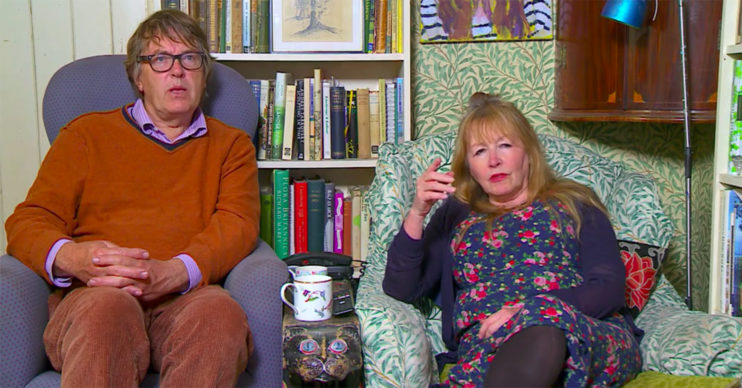 Some viewers claim her impression of Kim Jong-Un is offensive.

Viewers of Gogglebox have slammed its star Mary Killen after she performed an impression of Kim Jong-Un’s sister – Kim Yo-Jong.

The Channel 4 stars were watching a news segment on the whereabouts and recent surgery of the North Korean leader.

They described his alleged public appearance since his reported heart surgery.

The newsreader stated: “We say apparent because there’s no independent verification of the claims by North Korea’s news agency, but it is the first time the leader has appeared since speculation began about his health.”

Mary’s husband, Giles, asked her who the woman was in the footage.

“More dangerous than he is”

She explained that she is his sister, who is reportedly more “sinister” than Kim Jong-Un.

She said: “She’s apparently the puppeteer of him. Apparently she is very sinister James Bond villain type, that’s more dangerous than he is.”

This was followed by an impression of Kim Yo-Jong.

Mary continued: “I think what will happen is, if he is dead and this is a fake video then the sister will just need to put things in place for her to take the reins. And then she’ll say ‘Oh great leader, he die’.”

During the impression she put on an Asian accent.

Read more: Holly Willoughby auctions herself off as a lunch date for NHS

Giles seemed aware of the inappropriateness of her actions and remarked: “That’s a great imitation Mary, although I am not sure how PC it is.”

Dozens of viewers took to Twitter to allege that it was a racist move.

One disgruntled viewer tweeted: “Mary is so racist #Gogglebox” while another posted: “Anyone catch Mary’s shocking racist impression on #Gogglebox tonight???”

Yet another argued the impression shouldn’t have been aired: “Wow. Just caught the end of #gogglebox. Not sure Mary’s impression of Kim Yo-Jong should have been left in.”

Ent Daily has contacted reps for Gogglebox for comment.

Do you think the impression was racist? Share your thoughts with us on our Facebook group @EntertainmentDailyFix.